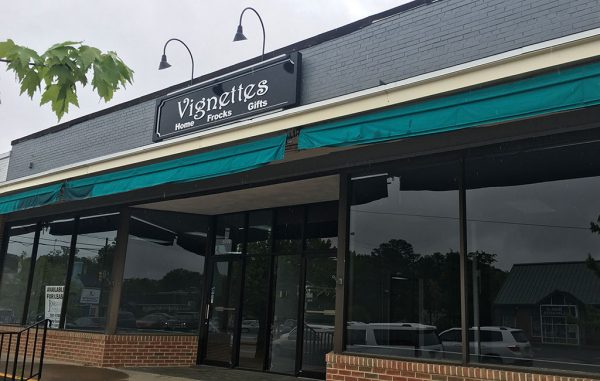 The churn of the West End retail market has left another opening in the Libbie-Patterson corridor.

More retail space in the Near West End has become available after another local business moved out of the neighborhood.

Vignettes by Design, an antique furniture and home goods store at 5726 Patterson Ave., closed at the end of March. Broker Kristy Cosley of Jones Realty and Construction Corp., who manages the property, confirmed the closure.

The shop opened originally as “RVA Antiques on the Avenue” in late 2015, and rebranded to Vignettes by Design last fall. It is run by RVA Antiques, which also operates a 10,000-square-foot store in Henrico at 6102 Lakeside Ave. That location is still in business.

Vignettes occupied two retail spaces on Patterson, each 2,500 square feet. They sit a few doors down from a space left vacant in January by men’s shirt maker Ledbury, which closed the shop at 5710 Patterson Ave. in favor of its new downtown headquarters and showroom at 315 W. Broad St.

Cosley said she’s received interest for both 5710 and 5726 Patterson, but has not yet signed any tenants.