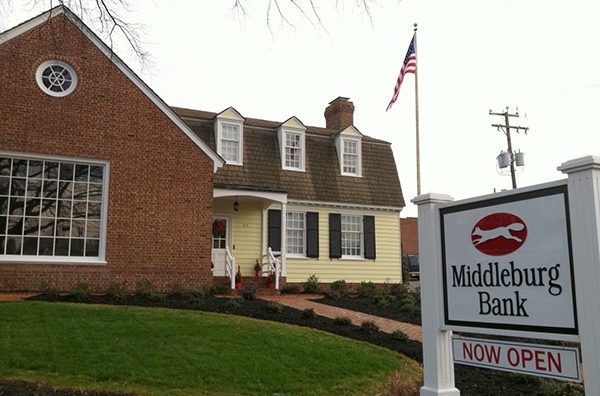 Fresh off a $233 million merger, a Northern Virginia bank is trimming its branch count in Richmond.

Middleburg Bank, which was absorbed last month by Reston-based Access National Bank in a deal that created a $2.8 billion institution, is planning to close its branch at 315 Libbie Ave., one of its two outposts in the Richmond market.

The Libbie location, which opened in 2013, is closing in favor of consolidating operations into Middleburg’s nearby office at 1600 Forest Ave., CEO Gary Shook said. The bank purchased that 13,000-square-foot building in 2015 to house a branch and its Middleburg Trust wealth management division.

“The bottom line is the two offices are three-and-a-half miles apart and in a world where all banks need to be as efficient as we can, we felt combining the two just makes economic sense,” Shook said, adding that the closure wasn’t prompted specifically by the Access National deal.

The Libbie Avenue office will close July 24, Shook said. According to the most recent FDIC figures, it holds $16 million in deposits, which will move to the Forest Avenue location. The bank has notified customers and regulators of the closure.

Shook said the branch consolidation is eased by Middleburg’s use of a courier service to pick up customer deposits, rather than having customers come into a branch.

The building is owned by Neville-Berkeley Properties LLC, according to city records, and managed by local real estate brokerage Spotts & Carneal.

Middleburg’s Libbie branch was one of the early arrivals in a stream of out-of-town banks moving into the Richmond market in search of new revenue. That stream has yet to let up, and has continued through both one-off branch expansions and acquisitions.

Middleburg, which operates as a division of Access National, has about 20 employees in Richmond between its commercial lending, wealth management and retail banking operations.