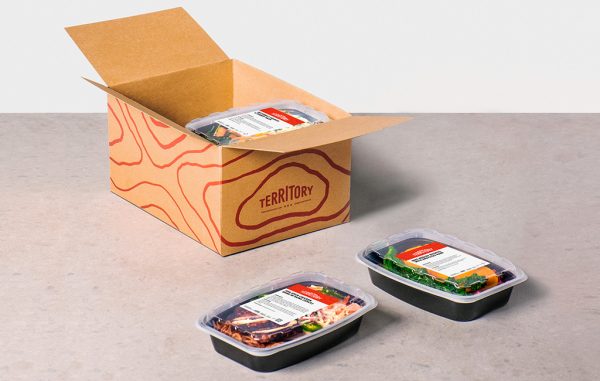 Territory Foods is a subscription service for prepared meals from local chefs. (Territory)

A local venture capital firm has sunk its teeth into a NoVa-based health foods company.

Led by Richmond businessmen Jim Ukrop, Ted Chandler and Bob Mooney, NRV was part of a group of five VCs that invested a total of $6.7 million. The other investors were Lewis & Clark Ventures, Upfront Ventures, The Motley Food Holdings and Middleland Capital, which hail from St. Louis, Santa Monica, Alexandria and D.C., respectively.

Territory delivers meals throughout the D.C.-Maryland-Virginia region, as well as Dallas-Fort Worth, Southern California and the San Francisco Bay Area. Its meals range from $10 to $13.

Chandler said the NRV investment came from its Early Stage Growth Fund, for which it launched a $30 million capital raise of its own last year.

This is NRV’s third time dipping into the health food startup realm, having previously invested in Health Warrior and Nutriati, both of which are based in Richmond and have collected some dough in 2017.

“We look for trends that are fundamentally changing the consumer landscape, and one of them is the aspirational, healthy lifestyle,” Chandler said. “Customers want more control over their health lifestyle and the food they eat.”

Chandler declined to disclose how much of the $6.7 million Territory investment came from NRV or the amount of equity NRV received in return. Chandler said he’ll serve on Territory’s board of directors as a result of the investment.

While NRV has been dishing out capital, some other Richmond companies have been on the other end of raises this year, including a party-planner, brewery and an outdoor-Airbnb startup.