The awards kicked off with a cocktail hour in The Jefferson’s rotunda lobby. (Jonathan Spiers)

The 70th annual event, held Wednesday evening at the recently renovated Jefferson Hotel, proved a big night for Padilla, a Minneapolis-based firm with offices in Richmond. Its work for Bridgestone Retail Operations, Children’s Hospital of Richmond at VCU and Virginia Lottery swept the awards’ best-in-show recognitions – even causing one more than usual to be awarded.

Due to a two-way tie in voting for the Capital category, this year’s event presented three best-in-show awards. The awards’ two categories – Capital and Commonwealth – divide work according to public relations tactics and PR programs and campaigns, respectively.

Padilla’s interactive tour of the children’s hospital’s Children’s Pavilion received the top award for websites in the Capital category. Work for Bridgestone to prepare drivers for winter weather won the Capital best-in-show for media relations. And Padilla’s “‘Smooves’ into New Headquarters” work for Virginia Lottery received the best-in-show in the Commonwealth category for internal communications. 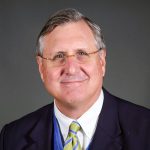 A veteran Richmond PR executive also was honored at the awards, presented by the Richmond chapter of the Public Relations Society of America.

Josh Dare, co-founder of The Hodges Partnership, was presented with the Thomas Jefferson Award for Excellence, recognizing achievement of a seasoned PR practitioner and commitment to the profession’s advancement.

Dare, who founded the firm with Jon Newman in 2002 after meeting at The Martin Agency, said he was appreciative of the recognition but unused to the spotlight.

“I’m not used to being the center of attention,” Dare said earlier this week. “I’m typically one of those PR people that is decidedly comfortable behind the scenes.”

Dare said his firm, which totals 14 employees, has tried to evolve with a changing industry that blends public relations with marketing, branding and other focus areas. He said he sees a continued push toward so-called brand journalism, or news-style storytelling on behalf of a company.

“This is a business that’s constantly evolving,” he said. “The technology has changed dramatically, and now the media landscape is changing. I think the best firms are the ones that are adapting and embracing change.”

Also recognized Wednesday was Blake Mirzayan, recipient of this year’s Rising Star Award. The award recognizes PR professionals with five or fewer years of experience. Mirzayan, an account executive with Padilla, was promoted this year from assistant account executive.