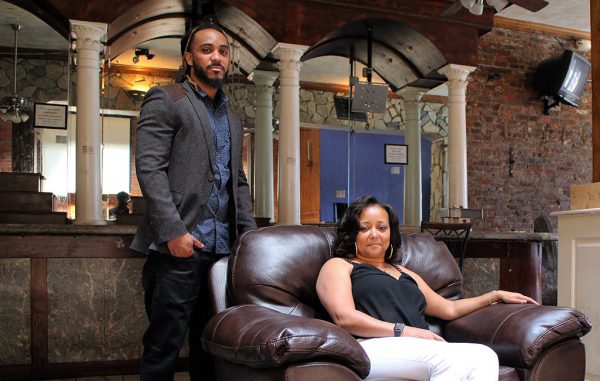 A local club promoter is making the leap from the alleyway to Shockoe Bottom’s main stroll.

Eric “E.J.” Lewter Jr., who for three years has co-owned and managed The Top night club at 10 Walnut Alley in Shockoe Bottom, has signed a lease to take over the former Vision Ultra Lounge space at 1718 E. Main St.

Lewter Jr., 28, with the help of his parents Eric and Brenda Montague Lewter, plans to transform the two-story building into Montalew’s – a play on his mother’s last name.

The new spot will be the next chapter in Lewter Jr.’s career, after he got his first taste of the club scene when a relative, who owned the former 321 Supper Club, let him throw early evening parties for high school students inside the space on East Main Street.

While his background is in running clubs and promoting parties, Lewter Jr. said Montalew’s won’t be a remake of Vision, which shut down about a year ago.

“When I came up with the concept I wanted it to be a place where people can come, chill, have a couple of drinks, some good food and enjoy a cross-section of good music,” he said. “This is going to be much different than what we’re doing over at The Top.”

Montalew’s will feature a cigar and hookah room equipped with a humidor, leather seating and its own Main Street entrance. If demand warrants, Lewter Jr. said, the goal is to make the cigar and hookah area a membership-only venue.

“We would still open it up to the public, but members would get priority,” Brenda Lewter said. “If the cigar area is full of our members, then we’re going to close it up to guest patrons.” 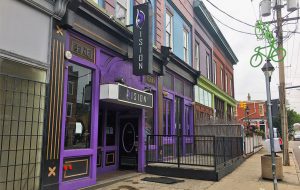 The space will have multiple bars and dining areas, a poolroom and dartboard room, and patio space for seating. Lewter Jr. said Montalew’s will feature live bands and a mix of music, in addition to hosting corporate events and private parties.

“We’re going to have a few jazz bands come in, but at the same time, we’re going to play some Maroon 5 and Bruno Mars,” he said. “We’re really aiming for this to be a place for working professionals, but also a place where people can hang out after work, or let loose on the weekends.”

Breakfast, lunch and dinner will be served, along with mixed drinks, wine and beer from several local breweries. The menu is set to include steak, seafood and pasta dishes.

Lewter Jr. said Montalew’s will end dinner service around 8:30 p.m. on Thursdays, Fridays and Saturdays, and close around 2 a.m. for the 21-and-up crowd.

It will close around 11 p.m. on Tuesdays and Wednesdays, and will not be open Sundays and Mondays.