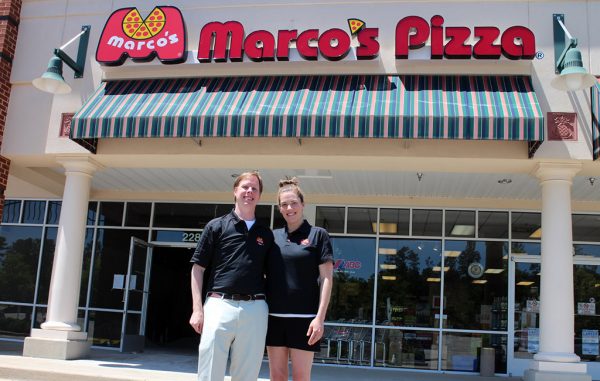 Continuing an aggressive local expansion plan, a husband-and-wife franchise duo that brought a national pizza chain to Richmond has found another place to plant its flag.

The couple’s first two stores are in Chesterfield. One opened in 2015 at 13911 Midlothian Turnpike in the Charter Colony Shopping Center, and a second opened last year at 13918 Hull Street Road in the Woodlake area.

They have signed on to open seven additional Marco’s Pizza locations west of Interstate 95 over the next three years.

The new outpost will occupy a 2,200-square-foot storefront between RedRidge Pet Market and a Virginia ABC store. It’s expected open by late June.

“We are a neighborhood-driven, community-based business and we like this shopping center because it’s smack-dab in the center of the Short Pump neighborhood,” Sara Ragsdale said. “It’s convenient for families to pick up, and it gives us easy access to deliver.”

Another driving factor in selecting the location was Publix. The popular grocery chain is taking over 10 Martin’s stores in the region, including one in John Rolfe Commons.

“We’re from South Carolina, so we know Publix well,” she said. “It will prove to be a great draw for us.” 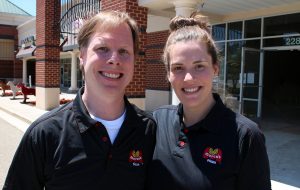 Prior to getting into the pizza business, Sara worked in catering in South Carolina, and Harry is a former attorney.

“The [West End] territory goes all the way up Route 288 and includes the Capital One campus,” Harry said. “It then goes down, hugs I-64 and goes as far south as Gaskins Road.”

The Ragsdales hired Mark Wentzel to oversee management of their local operations, with roughly 90 employees.

With its western Henrico location in the works, Harry Ragsdale said the couple would like to open a fourth restaurant in Richmond by year-end.

“Now is the time to really grow our business,” he said.

I know you are excited about the grand opening. Please respect the Bennington Ridge East and Ashley Glen neighborhoods as we are 0.7 miles from your business. Please keep the music and noise down as Respect to our neighborhoods. I can hear loud music from my house because I am on the other side of Tuckahoe Little League Field.