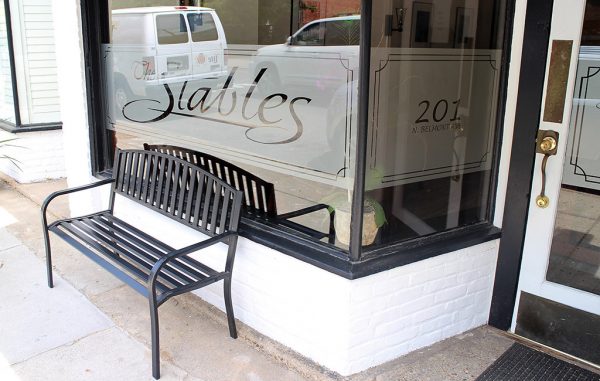 The third incarnation of the former Zeus Gallery Café space is up and running.

The restaurant will feature New American cuisine prepared by executive chef Evan Campbell, who was previously with Café Caturra.

Gooch, who said he spent more than $100,000 to open The Stables, purchased the business a year ago from the previous Zeus Gallery Café owner for an undisclosed amount.

As part of that deal, Gooch purchased equipment, furniture and Zeus’ intellectual property, and assumed a 12-year lease on the 1,800-square-foot Belmont Avenue space with an option to renew.

While the intellectual property purchase included the right to use Zeus Gallery Café’s menu, the Stables offerings mostly reflects Campbell’s ventures as a chef in Boston, New Orleans and Richmond.

“I feel like Richmond is a city that is up and coming,” Campbell said. “I wanted the menu to reflect everything the city is and is becoming.” 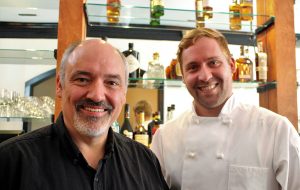 Campbell said the menu would change every two to three months to incorporate seasonal fruits and vegetables.

The 62-seat restaurant has a fully stocked bar that faces an open kitchen and two dining areas.

The Stables opens at 4 p.m. Tuesday through Saturday, and is closed on Mondays. In about two weeks, The Stables will take reservations for large groups, Gooch said. He added the restaurant will serve Sunday brunch starting next week.

The booths, tables, cabinetry and bar in the eatery were created by local carpenter James Turman, who has worked on several area restaurants.

This is Gooch’s second restaurant venture in Richmond in less than two years.

In December 2015, he purchased the Franklin Inn at 800 Cleveland St. – his first foray into the food business after serving as CFO for Pennsylvania-based Teleflex Aerospace.