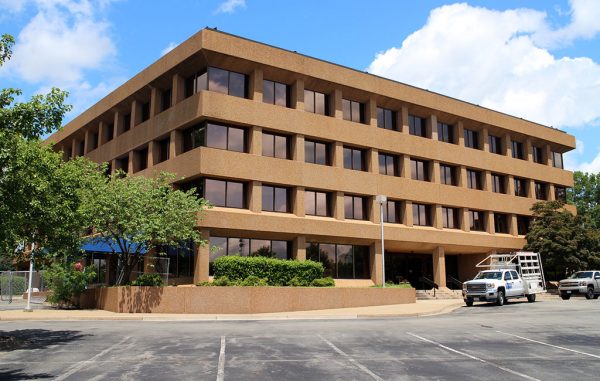 For the Richmond employees of Virginia Community Capital, coming back from the Memorial Day break on Tuesday will mean showing up for work at a new office.

The nonprofit financial holding company, which owns the for-profit Community Capital Bank of Virginia, is relocating its Richmond office from 100 W. Franklin St. downtown to 7814 Carousel Lane in Henrico County.

The new space, near the intersection of West Broad Street and Parham Road, gives the organization 12,000 square feet, about a third more room than its previous home downtown.

Spokesperson Leah Fremouw said the new digs will help accommodate the growth VCC has experienced since launching in 2005.

“We’re setting up for our future operations,” Fremouw said. “Our continued story is that we keep growing, going from a staff of three our first year, and now we’re 57 people companywide.”

With its duality as a nonprofit and a for-profit bank, VCC has a business model that’s fairly unique in Richmond. It’s a certified Community Development Financial Institution, a designation dished out by the U.S. Treasury.

That CDFI label brings with it some funding from the federal CDFI fund, but also mandates that its mission focuses on bringing financial resources to underserved areas of the state.

The organization was founded in Christiansburg during Mark Warner’s administration with $15 million in funding to get it started.

In addition to grants from the CDFI fund, VCC gets some funds from the Appalachian Regional Commission. But the majority of its revenue is through interest income on its loans. All the profits generated by the bank go back into the nonprofit side.

It has an individual loan cap of $5 million, and Fremouw said the organization often acts as a participating lender, funding part of a loan with another lender.

Some of the recent local projects VCC helped fund include Trapezium Brewery in downtown Petersburg, renovations to the William Byrd House on West Broad Street, a new apparel company setting up shop in Brookland Park, and a new apartment project in Jackson Ward.

VCC signed its lease for the Carousel Lane building earlier this year and is taking over the entire first floor. Renovations on its space have been ongoing since then.

It will house about 60 percent of VCC’s workforce, consisting of its lending team, human resources department and executive offices, including CEO Jane Henderson. The rest of its employees are in Christiansburg.

In addition to extra space, VCC got a financial bump earlier this month when it received a $1 million investment from the Cameron Foundation.

The money will fund the sort of projects VCC is known for. Of the $1 million, $750,000 will be put into a LION (Local Impact Opportunity Note) loan with VCC. The remaining $250,000 will be deposited into Community Capital Bank.

The $1 million is not a grant and does require VCC pay a return.