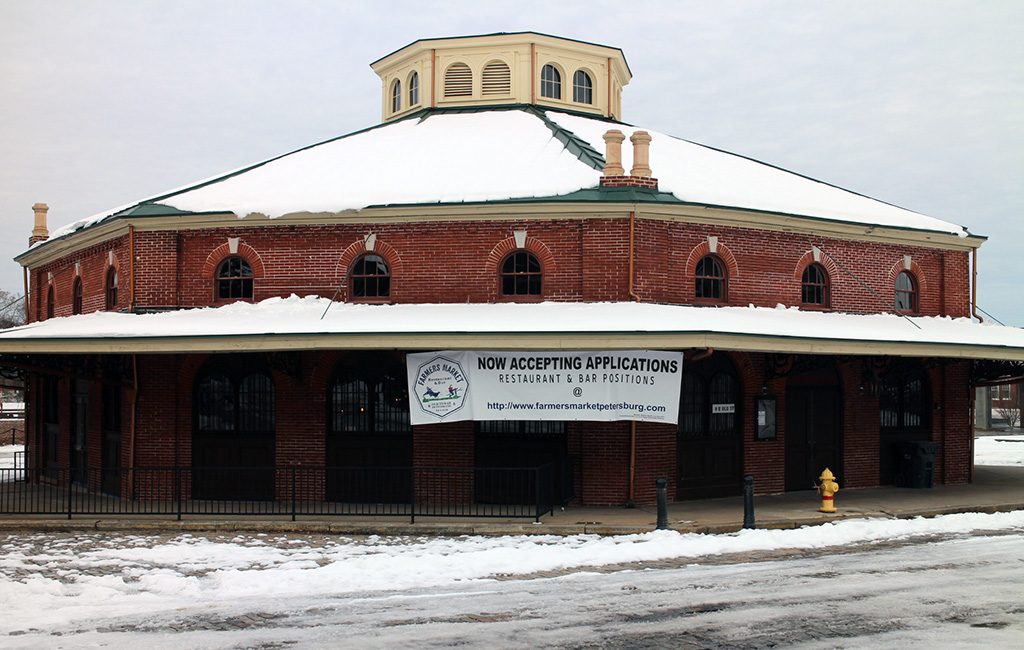 A group of investors in downtown Petersburg is left with a dormant restaurant after pumping nearly $2 million into the venture, only to see its operator turn over the keys three months later.

Farmers Market Restaurant & Bar, which opened in late January at 9 E. Old St. in the city’s Old Town District, closed May 22, according to a lawsuit filed last week in the city’s circuit court.

The restaurant’s 10,000-square-foot, octagonal brick building, bounded by Rock and River streets and Cockade Alley, is owned by the city of Petersburg and was revived by a partnership between local real estate investors Alexander “Sandy” Graham Jr. and Tom Wilkinson. 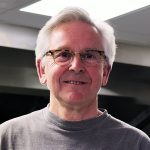 Their group invested about $2 million to renovate the historic building, which was constructed in 1879. They struck a deal to lease the space to restaurateur Frits Huntjens, previously executive chef and owner of former Richmond restaurant 1 North Belmont.

The June 1 lawsuit claims that Fritz didn’t pay the restaurant’s rent in March, April and May, and ultimately surrendered the space back to landlords.

Graham and Wilkinson’s City Market Investors LLC is suing Huntjens and his Huntjens & Associates LLC for nearly $180,000 in damages, which includes $30,000 in back rent, nonpayment on a $100,000 promissory note and other claims.

Huntjens said he was unaware of the lawsuit and could not comment in an email Friday.

Wilkinson, founder and CEO of Richmond-based Maramjen Commercial Real Estate Development, would not comment on the lawsuit. He said the group hopes to secure a new restaurant operator for the Farmer’s Market space before the peak of summer tourism season.

J.P. McGuire Boyd, Jr., a Richmond attorney with Williams Mullen who is representing City Market Investors, would not comment on the case.

The lawsuit also claims that Huntjens spent $9,100 on a billboard ad for the Farmer’s Market along Interstate 95 on behalf of CMI, allegedly misrepresenting himself as part of that company.

What a shame, it looked like an interesting place.

Why don’t they just make the Farmers Market what it use to be in the 80’s and 90’s I am sure it would be much more successful than a high end restaurant in the middle of Petersburg a lot of people with great times there in the past would come back.

A high end restaurant in Petersburg? Sounds like a really bad business plan from the start. Who would assume that an expensive restaurant would be able to sustain itself there? $10,000 a month in rent…Petersburg??? Business 101.

Very unfortunate, and yet another black eye, to a city that’s already suffering from a broken nose, black eye, punctured lungs, etc… With VSU nearby, and considering Croaker Spot is doing very well (at least based upon the extreme wait to get in), I don’t think the area should deter operators from considering the location. In addition, the farmer’s market building is very unique, and offers incredible potential. Many restaurants have succeeded in Old Town, and that area shouldn’t be associated with the city’s financial woes. Imho, the ROI expectations were probably unrealistic, and Huntjens obviously wasn’t making the revenue… Read more »

I had the pleasure of working here. I was hired when they were still under construction and left the day it closed. To be completely honest I wasn’t notified we were closing until the last minute. They told me Friday and two days later they closed. It closed in May and now it’s July and I’m still unemployed. It’s sad really. They didn’t tell me the reason for our all of the sudden shutdown either. That’s why I came to the internet to finally find out. But besides all of that I really did enjoy working there. I was at… Read more »