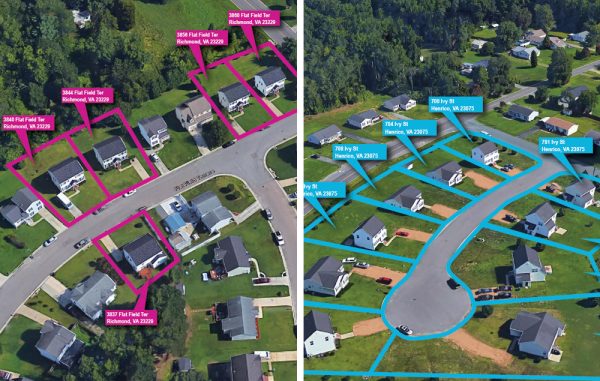 A local landlord’s recent passing has put more than three dozen rental houses in eastern Henrico County on the market.

A total of 38 homes in six neighborhoods in and around the Highland Springs area are being marketed in a portfolio sale with a combined asking price of $5.99 million.

The homes were owned by the late Henry Gunst Jr. through two entities: his company, Gunst Real Estate, and a trust in his name. Gunst, a distant cousin of Innsbrook developer Sidney Gunst, died in December at 96.

CBRE | Richmond’s Barry Hofheimer is handling the sale, which was split into two buyable groups: 26 homes for $4.1 million, and 12 homes for $2 million. Hofheimer said the homes will be sold in those groups or in total, not individually.

Hofheimer said the portfolio sale is intended to settle Gunst’s estate. He said Gunst also developed lots in Hanover County that have since been sold.

Gunst’s obituary states the World War II veteran entered real estate at the end of a career that ran the gamut – from the tobacco industry and vending machines to food and gift shops, a men’s clothing store and a pantyhose distributor.

“He was an entrepreneur,” Hofheimer said, adding that Gunst remained involved in his real estate business to the end. “Up until the last five or six months of his life, he was very active.” 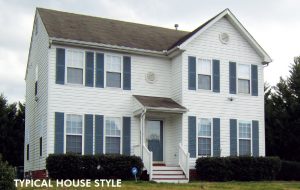 One of the 38 listed homes, which are similar in style. (CBRE Richmond)

Gunst Real Estate continues to operate out of an office at 8545 Patterson Ave., beside the Burger King at Parham Road and Patterson Avenue.

The homes included in the sale are being rented, at monthly rates between $1,280 and $1,430. Hofheimer said a sale will not affect existing leases, which will be honored through the duration of their terms. He said several tenants have rented the homes since they were built between 2002 and 2006.

The vinyl-sided homes range from 1,400 to 1,800 square feet. Hofheimer described the sale as unusual for the number of homes involved and their age and condition.

“They’re newer than most rental houses, and they’re of better quality,” he said.

Hofheimer said interest in the properties has been strong. Since divvying the lot into the two groups, he said he has signed as many as eight confidentiality agreements with interested parties desiring more detailed information.

“We’ve had a lot of interest. We just recently decided to split it, because 38 homes is a lot for one entity to buy,” Hofheimer said. “Most people who run businesses in this regard are used to buying one or two at a time, not a big chunk.”

The group of 26 homes offered for $4.1 million consists of 10 on South Ivy Avenue and 11 on South Street in Highland Springs, each built by Henrico-based Extra Enterprises Construction & Development and assessed at about $142,000. The group also includes five homes in New Market Place – three on Lovey Lane and two on the adjacent Lovey Court cul-de-sac, built by Liberty Homes and assessed between $163,500 and $165,900.

The portfolio is one of the largest offered at once in Richmond in the past couple years. In 2015, four Richmond apartment buildings totaling 51 units and three houses that had been converted into apartments hit the market as part of the liquidation of the real estate portfolio of imprisoned local developer Billy Jefferson.