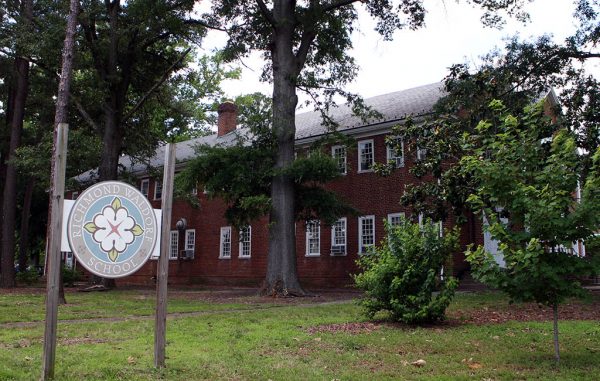 In 2012, Jonathan Harris tutored one student in the basement of an insurance company’s office on Parham Road. Six years, 39 more students and three locations later, Harris said his Lynnhaven Academy has found its “forever home.”

The private school, which teaches grades 5-12, is moving into the former Richmond Waldorf School at 1000 Westover Hills Blvd.

Lynnhaven Academy has leased the 40,000-square-foot facility and will vacate its building at 304 N. Sheppard St., which it shared with Richmond Prep. The space became available when Richmond Waldorf School purchased the former Luther Memorial School on Robin Hood Road earlier this year.

“We’re going to be here a long time,” said Harris, the academy’s headmaster.

It’s been a long road lined with uncertainty and moving trucks for Harris and the Lynnhaven Academy since he started it five years ago, after a stint as an administrator in Northern Virginia.

In 2013, the academy graduated from the basement to 6806 Patterson Ave., and during its time there, enrollment jumped from one to 17.

Harris said he ran out of room there in 2015, and after finding another home that didn’t pan out, he prepared to pack up the school and move on.

“I found a house in Jackson Ward, and we were there for a month but couldn’t get our certificate of occupancy. We had to move out,” Harris said. “I put everything on a U-Haul and was ready to close it.”

It was bittersweet for Harris to see his first-ever student get into college and prepare to go, only for his school to be without a home. 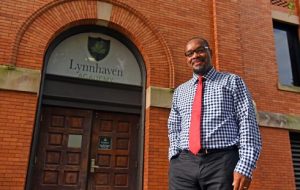 “Nothing was going right. I had a vision for the school, a whole five-year plan…. We were doing something in town no one’s doing as far as a hands-on learning experiment. But I was done,” Harris said.

That summer, during a trip to VMFA, he drove past a “For Lease” sign at 304 N. Sheppard St. The property is owned by the Richmond Catholic Diocese, and is the former Benedictine High School building.

“I thought there was no way we’d get in the building. But I called a week later, showed them our financials, and we were in,” Harris said.

Lynnhaven, which charges $17,000 annually for tuition, used the building for two years and enrollment reached 40.Each of the last two years, the school has graduated four students, all of whom are off to college. Harris said Lynnhaven has added extracurriculars, sports and other activities. Its annual operating budget grew from $147,000 to $380,000 in its time on Sheppard.

And yet, Harris had a move on his mind.

“Our lease was up next year. So I’m thinking, what’s going to happen to the building after these three years? There’s a bishop at the Diocese who retired this year. When you reach a certain age, the Pope basically sends you a letter saying, ‘Hey dude, you gotta retire,’” Harris said.

“We had guys looking at the building … I thought, ‘Are we going to be back in the same situation we were just in?’”

So Harris started looking around town and found the Waldorf building. He called, and was told he was the first to inquire about it.

The Diocese let Lynnhaven out of its lease on Sheppard a year early, and Harris sent a letter to his students’ parents that they were on the move yet again. He said he was afraid of losing students due to the instability.

“But everyone was supportive,” Harris said. “We’ve essentially moved every two years. That’s not stable. But for some reason, parents see something in the school and they say, ‘We get it.’”

With the new space in Forest Hill, Lynnhaven can accommodate up to 200 students comfortably, Harris said. It now has 16 classrooms, up from seven, plus eight administrative offices – something it’s never had before.

Harris said he hopes enrollment reaches 60 for the 2017-18 school year, with his eye on 100 within three years. Lynnhaven’s operational budget for the next school year is $650,000.

On the other side of town, another niche private school is preparing to open a new facility. The New Community School has completed Founders Hall, a $6 million project in the Bellevue area.

I’ve known Mr. Harris for many years. He is a visionary and much continued success..

I’m so proud of you, Johnny! Your tenacity is so inspiring!