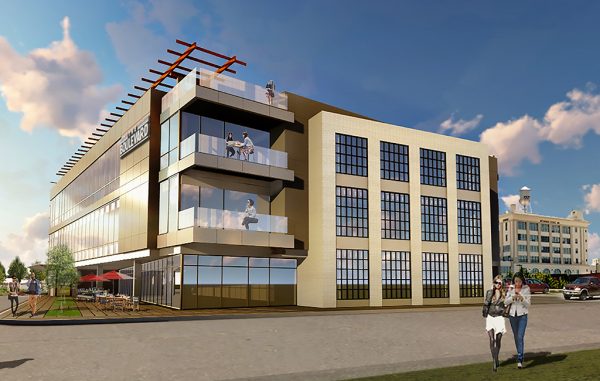 The developers behind the Cookie Factory Lofts along Boulevard have another big project cooking for the former Interbake site.

Midlothian-based Rebkee Co. and developers Dan Gecker and Steve Leibovic with Richmond-based Serabi LLC are in the early stages of a plan to raze the Interbake Foods Warehouse at 949 Myers St. – beside their existing apartment building at the former bakery – to make way for a 63,800-square-foot, three-story office building.

“We really believe in the concept and making it happen,” Leibovic said. “This is the perfect addition to this area because Scott’s Addition is exploding.”

Leibovic would not disclose cost estimates for the nearly 2-acre project. He said no general contracto has been chosen to develop the site, and plans for the development must be approved by the city.

Jason Guillot, a broker with Cushman & Wakefield | Thalhimer, has been retained to market and lease the proposed building. Architecture firm Price Simpson Harvey designed the building.

“Once the office building is 70 percent pre-leased, we would start construction,” Leibovic said. “It just depends on the type of interest we get on the development.”

Initial plans include a rooftop terrace and balconies for office tenants that will offer views of the Redskins training facility and surrounding neighborhood, Leibovic said. The building also will include a patio with landscaping and bike racks. 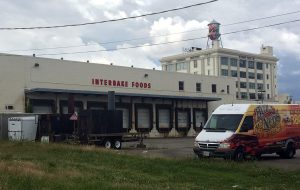 Tenants that lease more than a third of the building may have the opportunity to place their firm’s name on the structure.

“Given what we’re seeing in the office market in Scott’s Addition, we expect to see a lot of interest in this building,” he said. “We believe in walkable spaces, and this site allows us to add to that element, which is all over Scott’s Addition.”

Richmond-based Spy Rock Real Estate Group and Holladay Corp. from Washington, D.C., are finishing construction on their 60,000-square-foot office building at the Symbol Mattress factory site at 3200 Rockbridge St. The commercial building, which should be complete by September, has leased all but 1,400 square feet.

The Summit Suites project, a planned conversion of three aging office properties at 3122, 3113 and 3015 W. Marshall St. into modern workspaces, has topped off the first of its three buildings.

Rebkee and Serabi partnered on the Cookie Factory Lofts, which converted the factory into 180 apartments and was completed in late 2014.

The Interbake developers also own an adjacent lot where construction on a $5 million bowling alley called River City Roll has just begun.