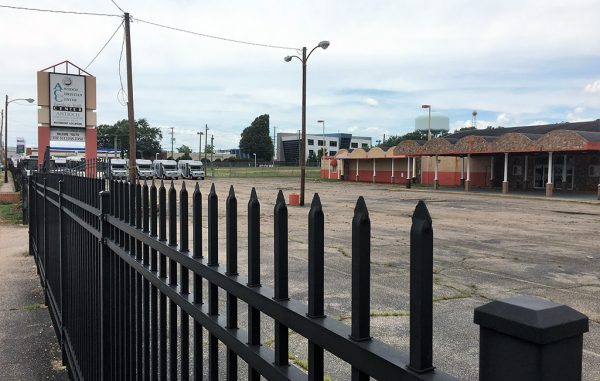 Correction: An earlier version is this story incorrectly reported the cost of the Pulse bus line as $53 million with 15 stops. It will cost $64.9 million and will have 14 stops.

A regional transit authority has secured more property in the city as it readies to roll out its rapid transit bus line.

Officials closed on the property May 14, according to city records. The property most recently was assessed at $2.25 million.

The 4-acre plot sits near the entryway to GRTC’s headquarters at the intersection of Lordley Lane and Belt Boulevard.

Spokeswoman Carrie Rose Pace said the site will be used for bus storage in anticipation of the launch of the bus rapid transit line, known as the Pulse.

“As our fleet grows with additional vehicles for the GRTC Pulse service, we need more room,” Pace said in an email. “This lot became available next door, and we purchased it for the purpose of bus storage.”

She said the lot also serves as storage for buses the agency plans to sell. It also is mulling the possibility of razing the nearly 25,000-square-foot structure on the site as an option to store more buses.

The $64.9 million Pulse system is under construction along the West Broad Street corridor.

Through a system of 14 stations, plans call for the transit line to connect Willow Lawn to the west in Henrico County with multiple stops through Richmond, including Scott’s Addition, VCU and Jackson Ward, with its final destination being Rockett’s Landing in eastern Henrico County.