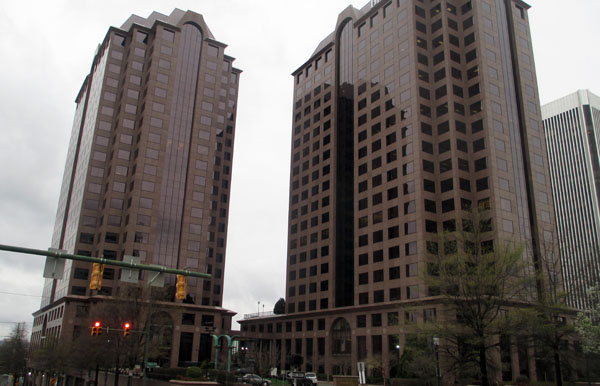 The Hilb Group is moving its headquarters to Riverfront Plaza at 901 E. Byrd St.

One of Richmond’s fastest-growing companies is making a move downtown.

The Hilb Group, an insurance brokerage that has been on a nonstop acquisition streak since its founding seven years ago, is relocating its headquarters from the Stony Point office park to Riverfront Plaza at 901 E. Byrd St.

Founder and CEO Bob Hilb said the company signed a lease last week for around 9,000 square feet in the west tower of the twin-towered complex. That’s a jump up from 5,000 square feet in its current home at 8720 Stony Point Parkway.

Thanks to its private equity backing, Hilb Group has been a regular in recent years on the Inc. 5000 list and BizSense’s RVA 25 list of Richmond’s fastest growing companies, ballooning to $125 million in annual revenue and more than 800 employees nationally after acquiring around 40 insurance agencies.

Hilb said he began looking for new digs about a year ago, as its lease on the Southside was coming due at the end of 2017.

“While it’s a great building, it has turned into very much a medical office space,” Hilb said. “There’s nothing wrong with that; it just doesn’t fit our vibe.” 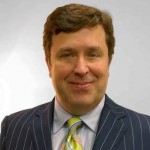 He said the company looked at multiple sites downtown and landed on Riverfront Plaza, initially to take space on the 11th floor of the east tower.

That space ultimately was grabbed by local Fortune 500 Owens & Minor, but Hilb said the building’s owner, Hertz Investment Group, and CBRE broker Trib Sutton helped get the company onto the 18th floor in the neighboring tower. Hilb was also represented by CBRE’s Wood Thornton.

Hertz purchased the two 22-story buildings, which total nearly 950,000 square feet, in December 2015 for $147 million. Leasing in the buildings is handled by CBRE’s David Wilkins and Matt Anderson.

Hilb said major renovations are planned for the space, and hopes to move in by yearend. The company will cover some of those expenses, along with tenant improvement fees from the landlord.

The move will take Hilb Group out of its original office, which it took over in 2010 on a sublease.

“We had done two deals and there were five of us at the corporate office,” Hilb said of the early days at Stony Point. “The previous tenant left all the furniture. If we stayed in business through the sublease that furniture became ours. As a startup that was the big thing for us.”

In addition to furniture upgrades in the new office, Hilb said the move downtown will afford the company a more modern, open layout than it had across the river.

“A little less wood and more glass,” he said.

That should help attract employees as the company continues to grow its ranks.

“As we grow, there’s no question that being able to attract millennials and having a really nice progressive office makes a difference,” he said. “A lot of a people in our business, you walk into their office and it’s like you’ve walked into a hunting lodge.”

While Hilb Group has 800 employees companywide, most work at various agencies it owns around the country. It will have 17 employees moving into its new HQ in Richmond.

That headcount will continue to increase. The company last month closed its 40th insurance agency acquisition since its founding in 2010. It closed 16 deals last year and is on a similar pace this year.