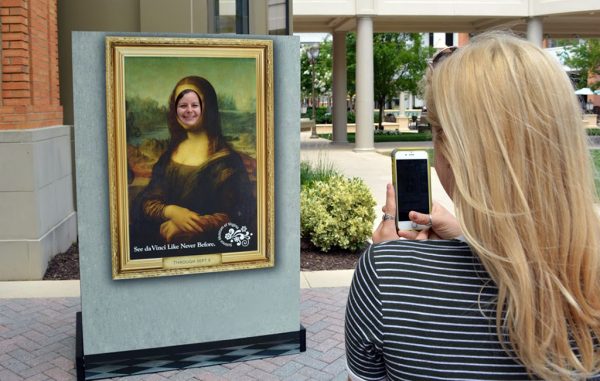 Franklin Street launched a microsite for OSF Innovation, a branch of OSF Healthcare, an 11-hospital healthcare system in Illinois and Michigan.

AMA Richmond worked with circle S studio on a rebrand and redesign of its website as part of a larger rebranding for the national marketing association. The site includes a new AMA logo developed as part of the rebranding.

Addison Clark produced a testimonial video for First National Bank Small Business Finance. The video spotlights an oyster bar and taphouse in Lynchburg that got started by securing an SBA loan through the bank.

Fable released a brand film to be featured on its website. The two-minute clip, produced in collaboration with Midlothian-based Stolen Moment Productions, is posted on the website’s landing page.

Fable also launched a guerilla marketing campaign for the Science Museum of Virginia to promote its “da Vinci Alive” traveling exhibit. Featuring a standee at Short Pump Town Center of da Vinci’s Mona Lisa portrait with the face cut out, the campaign invites people to take pictures of each other with their faces in the portrait and upload them to social media, effectively promoting the exhibit by sharing the image and exhibit info included on the display.

Ndp rolled out a billboard and poster campaign for Maymont and created a history wall for Bliley’s at the funeral home’s Staples Mill Road location. The 31-foot-long mural in the funeral home’s lobby depicts the company’s history since its founding in 1874.

Think added three new hires: Kevin Kahler as copywriter and creative strategist; Jack Fagan as designer and photographer; and Lauren McCarthy as account manager. The firm has been hired by local engineering firm Koontz-Bryant to roll out the brand launch for its merger with Geo-Solutions and Willmark Engineering PLC.

Richmond Symphony released a new brand identity developed by a team of VCU Brandcenter students under the guidance of professor Kelly O’Keefe. The new logo and identity system, released in conjunction with the symphony’s 60th anniversary season, are meant to organize performances around three program approaches – Classics, Currents and Community – to help people find performances they prefer. 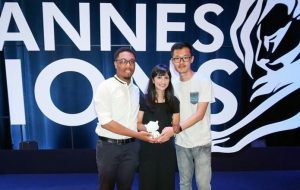 For the second year in a row, a team of Brandcenter students won the AKQA Future Lions competition, an annual worldwide competition in collaboration with the Cannes Lions International Festival of Creativity. Experience Design students Limah Taeb, Stanley Hines and Xia Du won a Future Lions award for their “BoseNeuro 35” idea, which was one of five ideas selected among 2,100 entries from 64 countries.

Comcast Spotlight created a TV and digital video campaign for Anchor Bar restaurant. Michael Hagan of local production firm Dovetail Post produced the commercial, which is running in the Richmond area on Food Network and Travel Channel and on targeted digital video.

Spang also produced a campaign for C.F. Sauer’s Duke’s mayonnaise. The studio worked with Elevation to create the campaign, which was filmed at Alturia Farm in Manquin and features regional and national chefs discussing why they use Duke’s. Post production was completed by Mondial, with music by Tiny Lion.

The Richmond Symphony work looks like student work-high school students. They don’t have a student music director or student musicians, so why get student work for their branding? To save a dollar? Please just find a GOOD local agency and PAY them a fair price for their work. Because looking professional is half the battle for pretending to be professional.