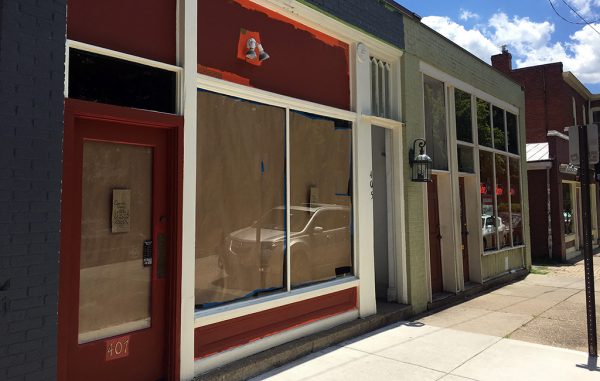 Idle Hands Bread Co. signed a lease at 407 Strawberry St. with plans to open a new location there later this summer. Its current home at 312 Brook Road in Jackson Ward will remain open.

Owner Jay Metzler launched a Kickstarter campaign in early 2017 to help finance a new oven for the Jackson Ward location once demand outweighed the volume he could fulfill. After raising over $11,000, he acquired a used oven from Albemarle Baking Co. in Charlottesville.

The new oven, four times the size of his current oven, couldn’t be powered by his building in Jackson Ward. He said he’d been thinking of a second location, and the newly-presented power predicament helped make the decision to expand easier.

“Ever since I’ve opened I’ve been working against myself,” Metzler said regarding the size limitations he’s run into. Last year, he left Scott’s Addition after less than a year because his 200 square feet proved to be too small.

The new 1,100-square-foot spot is the former home of Strawberry Wok and Sushi. Metzler said he bought the restaurant out of its lease, which allowed him to retain some of the equipment, including a fryer that he’ll plan to use for small-batch experimental donuts, among other things like cakes and savory pies.

The plan is to eventually have both locations open seven days a week, up from the four-day week it currently runs downtown. Metzler said he’ll add four or more new employees with the new location.

August is the target open time for the new location. Idle Hands will open next door to the former Video Fan location, which closed in late June and is now up for lease.

We are delighted to have a baker on the block.