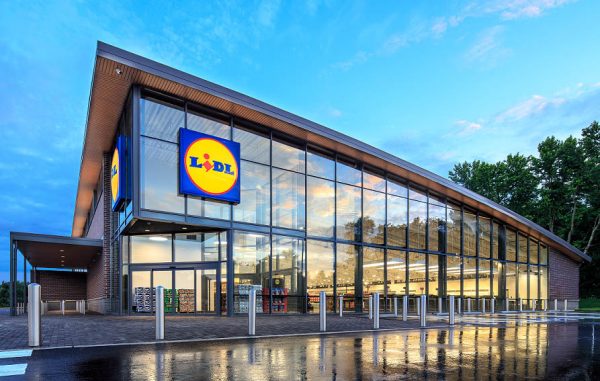 Lidl built a test store for its U.S. designs in Fredericksburg. (Lidl)

As it continues its land grab in the area, a German grocery chain has revealed when its initial wave of local stores will open their doors.

Including those four, the company has at least nine local outposts in the works, though it has not disclosed exactly how many it plans here, nor when the stores might open.

Local property records show the company spent a combined $10 million to acquire three pieces of land in the area in 2017, while not confirming or denying whether those parcels will be used for future stores. Those sites are in Hanover, Chesterfield and on West Broad Street.

Lidl spokesman Will Harwood declined to comment Thursday on recent acquisitions in the area.

“We’re actively looking at other sites in the area,” he said.

Harwood said the company plans to open up to 100 stores on the East Coast by summer 2018, as part of its first push into the U.S.

Lidl opened its first U.S. stores in June in Hampton and Virginia Beach, and its U.S. headquarters is located in Arlington.

What about the one at Staples Mill and Hermitage?