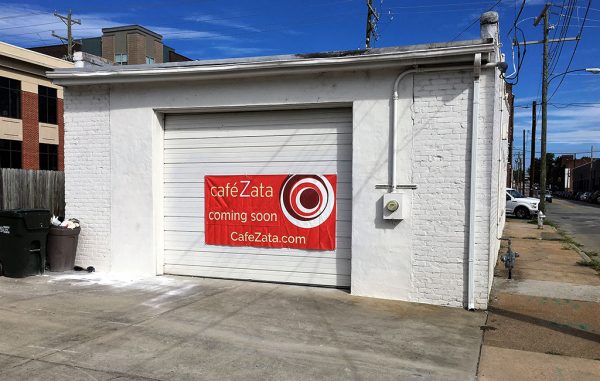 The smell of coffee soon will waft once again from a dormant Manchester building.

Café Zata, which has one coffee shop in Forest Hill, is set to open its second location in the former Blanchard’s Coffee Roasting facility at 700 Bainbridge St.

Café Zata owners Ben Spencer and Jon Cherenzia signed a lease for the space in January and have been renovating the 1,800-square-foot space for an early August debut. Its other shop at 5047 Forest Hill Ave. will remain open.

The outpost will attempt to seize on a neighborhood that has posted some of the highest residential gains in the city but has been slow to lure restaurants and retail.

“The community asked for us to be there,” Cherenzia said of Manchester. “It’s a place that is needed and wanted in the neighborhood, and we’re glad to be bringing Café Zata to the neighborhood.”

The group is spending about $40,000 on the expansion, Spencer said, and plans to hire about 10 part-time workers.

A Westover Hills and Forest Hill neighborhood gathering spot since 2010, Café Zata offers a coffee, tea and espresso menu, as well as breakfast and lunch items. The new Manchester eatery will have similar offerings, in addition to 49 seats, including patio space and upstairs seating.

Patrons can expect the café’s house-made donuts, crafted from the recipe of the former Dixie Donuts location in Carytown, as well as ice cream from Richmond-based Gelati Celesti.

“We purchased the recipe from them,” Spencer said of the donuts. “We will be making our donuts at the Forest Hill location, and then shipping them to our Bainbridge location.”

Made-to-order cannoli also will be available, along with hamburgers and hotdogs, Cherenzia said. Beer and wine eventually may work their way onto the menu.

Other new arrivals to the neighborhood include Twisted Ales Craft Brewing, which opened last month at 212 W. Sixth St. in the former Blue Bee Cider space.

Near the new Café Zata, Thalhimer Realty Partners is readying the next pieces of its City View Landing development on the former Reynolds South site. The next wave will include 37,000 square feet of retail space on 2.8 acres between Bainbridge and Hull streets. The section also will include 135 apartments to be built above the retail, most fronting Hull Street.

Such growth is what Spencer and Cherenzia said led them to make the move.

“You can see what’s coming,” Spencer said. “It’s a step in the right direction.”

Best of luck to Jon and Ben @ the new location. I live dead-center between the two, so I’ll have a bit of a dilemma deciding who to visit when I’m in town. As nice as the menu and food prep is, I’ve always been impressed by the capable / friendly staff consistency despite some turnover. There’s a great vibe that filters down from the ever-present owners that creates a warm space for meeting friends or solo reverie – a welcome addition to Manchester.