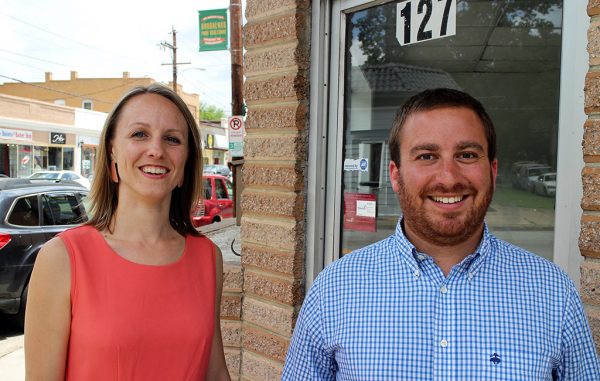 A rising player in the local real estate market has been quietly growing his holdings in a Northside neighborhood that’s increasingly on developers’ radars.

Cory Weiner, investor and developer with Richmond-based CW Performance Group, has paid in recent weeks more than $440,000 to secure a string of retail storefronts along Brookland Park Boulevard.

“You’ve got a lot going on in this neighborhood, and the pricing is still good,” Weiner said.

Plans call for each of the units to be gutted into shells, allowing for potential tenants to lay out their space from scratch, Weiner said. New roofs and heating and air conditioning systems will also be installed, and exteriors will get a makeover.

“Right now, the focus is to get these units shelled out, sign some leases and then come back and address the tenants’ upfits,” Weiner said.

Weiner said the storefronts will receive new facades that will tone down a lot of the brick fronts and increase the window capacity fronting Brookland Park Boulevard.

Weiner, 28, has been an early investor in the neighborhood.

About two years ago, his firm purchased and renovated a home on Garland Avenue. From there, he began finding more deals in the neighborhood – leading him to the area’s main commercial corridor.

“When you see what’s occurring in the area, it makes it an easy investment,” Weiner said.

Commercial tenants have been taking note.

Riley is handling leasing for the storefronts, which could be ready for tenant build out in the next 45 days.

“Creative office, office and small retail would do very well in these spaces,” Riley said. “A restaurant in units 125 and 127 would be ideal.”

Riley would not disclose any potential tenants for the storefronts but said she has received several inquiries about the soon-to-be-available spaces.

“It’s Brookland Park,” she said. “There is so much happening in the neighborhoods surrounding this area, and that activity appears to be increasing as more people are moving in…that’s only going to increase the need for more retail in this area.”

Sara Marie Williamson told us in one of her first sales meeting after joining Colliers that Brookland Park would be the next Carytown. It’s good to have a fresh perspective and to see the young entrepreneurs invest capital and energy into a neighbor like this to rejuvenate it. Congrats Sarah for your foresite!

Why is it highly unlikely?

I think this is a really good start – and congrats to these entrepreneurs! Residential development is excellent in the area