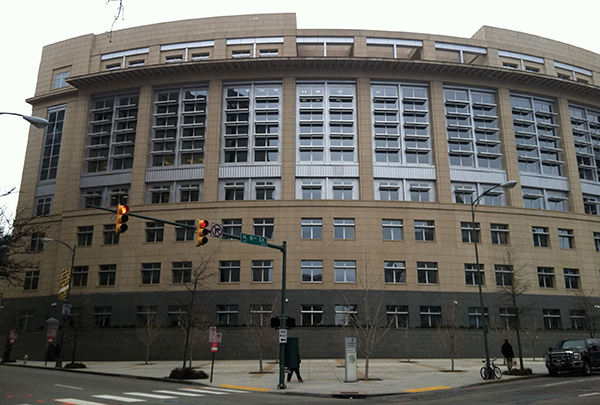 The widow of a Richmond investment banker is battling to keep a $6 million lawsuit against her family financial advisor from being blanketed by bankruptcy protection.

Dandridge, who until last year was a partner at Richmond investment firm Thompson Davis & Co., is being sued by Kinder in Richmond Circuit Court for allegedly pillaging her family’s nest egg.

He filed for bankruptcy on March 24 in federal court in Lynchburg and also put one of his businesses – Charlottesville-based Timberlake Lighting – into Chapter 7 bankruptcy in February.

Those filings put a freeze on any pending litigation, including Kinder’s efforts to win $6 million in damages from Dandridge, who began managing her money after the death of her husband Carr Lanier “Trey” Kinder in 2005.

Kinder is the largest creditor in the Timberlake Lighting case and already has made a similar and successful argument to prevent her claims from being extinguished by that Chapter 7 process.

A judge has yet to rule on Kinder’s filing in Dandridge’s personal bankruptcy case. She’s asked for the judge to impose a judgment against Dandridge of no less than $6 million and to declare that judgement as “non-dischargeable.”

Kinder filed her lawsuit Nov. 17 in Richmond Circuit Court, claiming Dandridge stole and mismanaged her money in a scam that diminished her family’s assets from $6.9 million to less than $2 million.

Dandridge admitted in a response in January that he “took substantial amounts of Mrs. Kinder’s money” while his businesses in Charlottesville and Midlothian floundered. He also attempted to shield other defendants in the case, including his wife and Thompson Davis, repeatedly denying their liability.

Dandridge, a UVA grad who also worked in Richmond for First Union in the late 1980s, in his personal bankruptcy filing claims assets of $220,000 and liabilities of $2.94 million.

Kinder is represented in the civil suit by Richmond attorney Mark Krudys and in the bankruptcy proceedings by Joseph Liberatore, John Ryan and Joshua Stiff of Crowley, Liberatore, Ryan and Brogan of Norfolk.