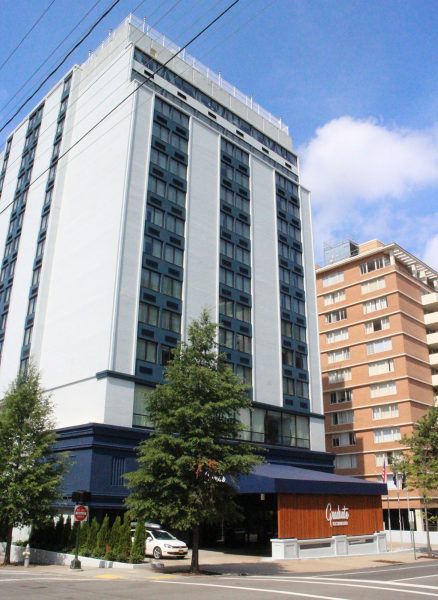 A new-to-Richmond hotel brand is up and running downtown, bringing with it the city’s newest rooftop bar later this summer.

The Graduate Richmond hotel opened to guests June 27 in the former DoubleTree by Hilton building at 301 W. Franklin St.

The Graduate opened a Charlottesville hotel in 2015, the same year the company bought the 16-story building in Richmond for $10 million. Virginia is the only state with two Graduate locations.

The total cost of the Graduate Richmond’s renovation was not disclosed. AJ Capital Partners designed and decorated the building in-house. HR Construction was the builder.

While guests have started checking into rooms, the rooftop bar has not opened yet. Marketing coordinator Tayler Anderson said it should be ready by late summer. 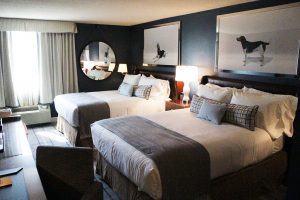 The hotel collaborated with Center of the Universe Brewing and Nightingale Ice Cream Sandwiches to make signature beer and ice cream, which will be exclusive to the Byrd House. The roof also features a pool, reserved for hotel guests only. The bar will be open to the general public.

Anderson said the hotel will soon add four more legs to its staff. It will have a Virginia Foxhound, the Virginia state dog, onsite.

The Graduate sits two blocks from The Jefferson Hotel and three blocks from Quirk Hotel, which opened in September 2015 and also features a rooftop bar. A second, $3.75 million Quirk Hotel is in the works in Charlottesville. 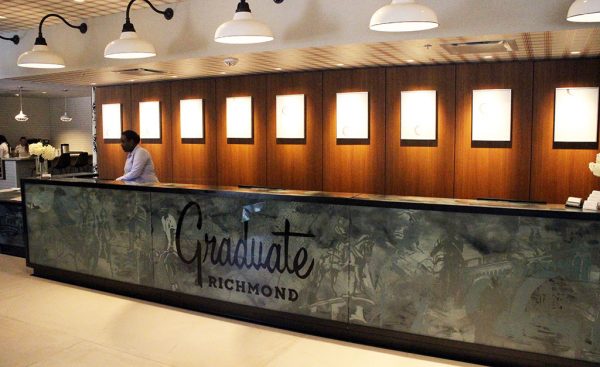 The front desk at the Graduate Richmond.