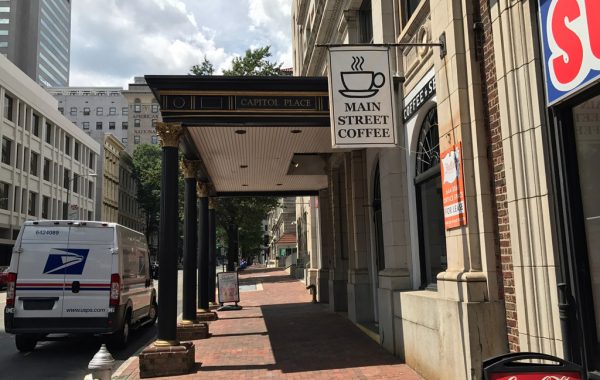 Three months after adding a second spot in Northside, a Shockoe Bottom restaurant is serving up a third course downtown.

The team behind The Luncheonette is set to open its third eatery – this time in a storefront of the Capitol Place building at 1110 E. Main St.

“We’re always looking for opportunities to expand, and this location was available,” Luncheonette owner Brad Barzoloski said. “We think it’s going to be a good location for us.”

Barzoloski is targeting a September opening. It’s The Luncheonette’s second addition since opening its flagship Shockoe Bottom location in 2014.

Bob Butler, a broker with Butler Realty, represented the landlord in the transaction, which closed earlier this month.

Barzoloski said operations will continue at its Shockoe Bottom spot at 104 N. 18th St. and its Brookland Park location in the former Streetcar Café at 10 E. Brookland Park Blvd.

He said the new eatery will specialize in everything waffles – but with a twist.

While the menu remains under development, Barzoloski said patrons can expect items such as upside-down pineapple cake waffles and a Reuben waffle. He said other toppings may include macaroni and cheese, pulled pork, and biscuits and gravy.

“It’s not going to be a traditional take on waffles,” he said.

The Waffle Shop will serve breakfast and lunch from 9 a.m. to 2 p.m. daily. Barzoloski said the spot also will serve coffee to go and offer delivery and pick-up options.

The Waffle Shop adds to a collection of new downtown restaurants planning to open on East Main Street.

Breakfast, Burgers N More opened in June at 1116 E. Main St., in the space that previously housed Rudino’s Pizza and Grinders. Work is also underway on Chicano’s Cocina Bar & Grill in the Centennial building at Main and Sixth streets.

Isn’t 9am a bit late to be opening a breakfast spot?