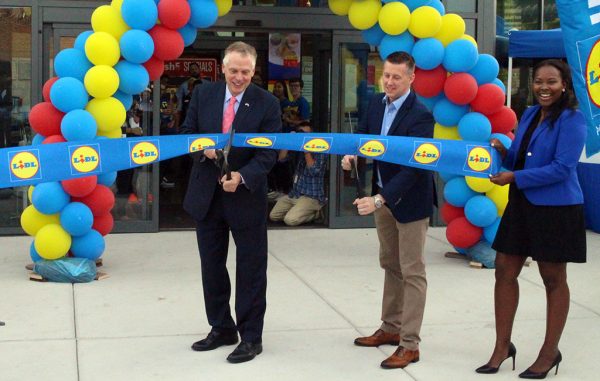 Shoppers lined up as early as 4:15 a.m. Thursday morning for a glimpse at the newest grocer in town.

Lidl employs a similar model as its German competitor, Aldi, by carrying many in-house-brand products priced modestly, including beer and wine. A bakery and produce section greets customers at the front of the store, but there’s no butcher or deli counter. A “Surprises” section in the back holds miscellaneous household items, clothing and more.

In attendance at the 36,000-square-foot Lidl in GreenGate Thursday morning were Lidl U.S. CEO Brendan Proctor and Gov. Terry McAuliffe.

The pair celebrated over 1,700 jobs created by Lidl in the state, and projected over 5,000 by next summer. Its U.S. headquarters is in Arlington. The company opened its first U.S. stores last month in Hampton Roads.

Lidl has at least five other local stores in the works. Site work is underway for a store on West Broad Street, a store on Staples Mill Road appears ready to open and the company recently acquired land in Chesterfield and Hanover for two other locations.

It has purchased the land for the bulk of its stores, however it leases its space at GreenGate.

Lidl’s rollout comes as Publix opened the first of its 12 Richmond stores in Henrico earlier this month. 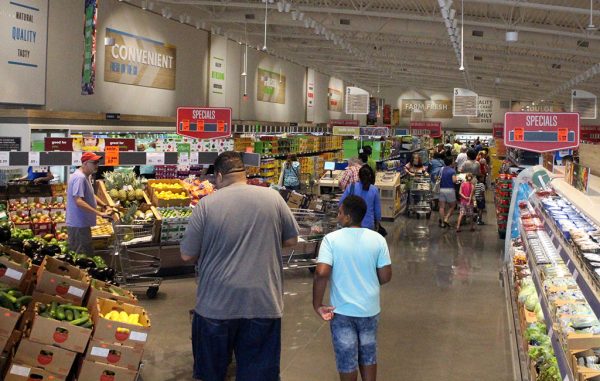 These grocery chains popping up like its Game of Thrones. Everyone vying to win the crowd for Richmond’s heart. All of them should be thanking their lucky stars that Ukrops left the business. A crowded industry, I can easily see 2-4 of these chains leaving the market in the next 10-20 years.

Deon, I think you are correct. In any vibrant market, there will be winners and losers.I’m thankful that we have so many choices. Already, Krogers has dropped its prices on nearly 5,000 items and WalMart has added on-line ordering and pickup services.Martin’s is leaving and Food Lion is struggling to adapt.