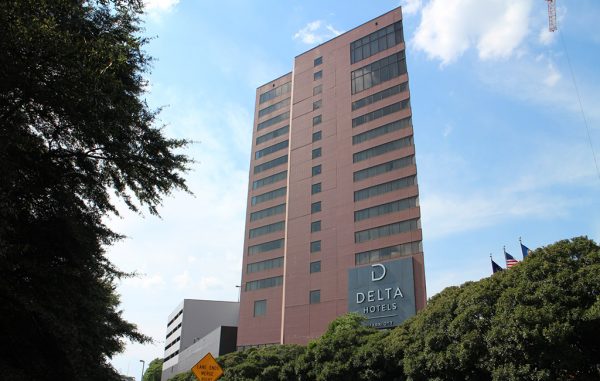 A yearlong, multimillion-dollar renovation and rebrand of a downtown hotel is complete.

Delta Hotels by Marriott is the new brand for the former Crowne Plaza Richmond at 555 E. Canal St. The 298-room hotel underwent a renovation that added 2,000 square feet to its now 14,000 square feet of meeting space, among other enhancements.

The project and rebrand were announced in June 2016. A release last week announcing the project’s completion did not specify its cost. Attempts to reach hotel representatives were not successful Wednesday.

The hotel is owned by Sandhu Corp. of Virginia, an affiliate of Richmond-based SMI Hotel Group, which manages the property and three others in the area, as well as two hotels in Texas.

The downtown hotel is the seventh U.S. location for the Delta brand, which has 30 hotels in Canada. It is one of the newer brands to be added to Marriott International’s portfolio, which consists of more than 6,100 properties representing 30 brands. Marriott acquired the Delta brand in 2015.