Scott Rooney has joined Marsh & McLennan Agency Mid-Atlantic as a client executive in the surety department.  He had been with Zurich North America and has degrees from the University of Richmond and Virginia Commonwealth University.

Sarah Murray is claims counsel.  She is a graduate of the University of Richmond, T.C. Williams School of Law.

Andrew Bengier is a developer. He graduated from Virginia Commonwealth University. 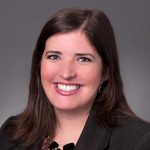 Jennifer Wakefield is senior vice president of marketing for the Greater Richmond Partnership Inc. She had been the Orlando Economic Partnership in Florida.

Lucy W. Hooper has been named chair of the Municipal Securities Rulemaking Board, effective Oct. 1.  She is an executive vice president and director of fixed income for Davenport & Co. 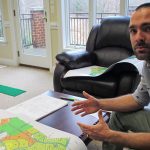 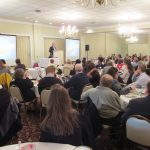 David Zanitsch and Robert W. Fowler have joined the United Network for Organ Sharing.  Zanitsch is a senior development officer in business services.  He had been with Strategic Partners in Canton, Mich.  Fowler is assistant director of the department of member quality. 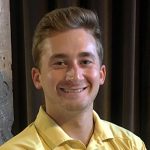 Collin Lozo has been hired as digital and account coordinator at circle S studio. He is a graduate of the University of Richmond.

Dr. Gene Christian has joined Bon Secours St. Mary’s Hospital as chief medical officer. He had been with Carolinas Healthcare System in Charlotte, N.C.  He has degrees from Temple University and Muhlenberg College.

Brandon Mencini has been appointed senior vice president of strategy and development for HCA Capital Division, effective Aug. 21.  He had been with Medical Center of Aurora in Colorado.  He has degrees from the University of Colorado and Webster University.

Susan R. Steagull has been named chief information officer of VCU Health System.  She had been with Novant Health in Charlotte, N.C.  She has degrees from James Madison University and Queens University.