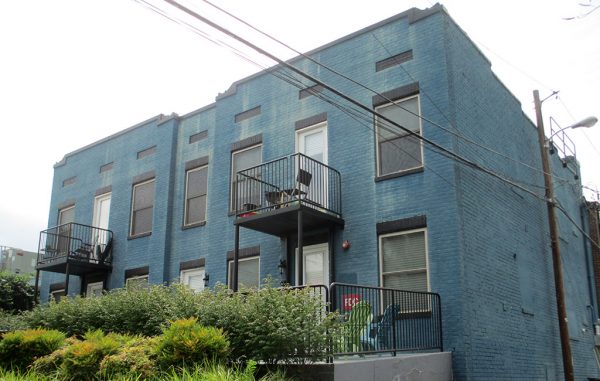 A renovated apartment building in the Carytown area recently sold to an out-of-market buyer in a seven-figure deal.

It was listed last November with a $2 million asking price.

“It was an opportunity for him to upgrade from the property he was in to a nicer property, and Carytown is very desirable,” Hamilton said. “They felt it was going to hold its value, and he also felt they could raise the rent, which they’ve already done on one of the units.”

The building consists of seven apartments with one- and two-bedroom floor plans and an off-alley retail space that Hamilton said could be upgraded as an office. An online rental listing shows a two-bedroom, two-bathroom unit was priced at $1,350 per month. Hamilton said all of the units are currently leased.

The property is located off West Cary Street behind the Zzaam restaurant in Carytown. Hamilton said the location and recent renovation drove interest in the property, which he said received multiple offers since it was listed.

“The apartment market is continuing to grow and rates are continuing to increase, but it’s all based on location,” Hamilton said. “It’s a very desirable place, and there aren’t a lot of redeveloped apartments in Carytown. Everything is pretty old.”

The sale adds to recent signs of real estate investment in and around Carytown. In March, locally based Crescent Preservation & Development Co. paid $1.7 million for The Parkwood, a former assisted-living facility that it plans to convert into 32 apartments. Last December, a local church paid $2 million for the former Richmond Window Corp. building at 2810-2816 W. Cary St.

Last June, the former Wells Fargo branch and salon at 3426 W. Cary St. sold to a Maryland buyer for $975,000. It is being redeveloped as the new Carytown location for Burger Bach.

Matt and Jackie carried the ball on this one and deserve the accolades. It’s difficult to argue with the long term value of any property near Carytown. It was a good investment for the buyer.