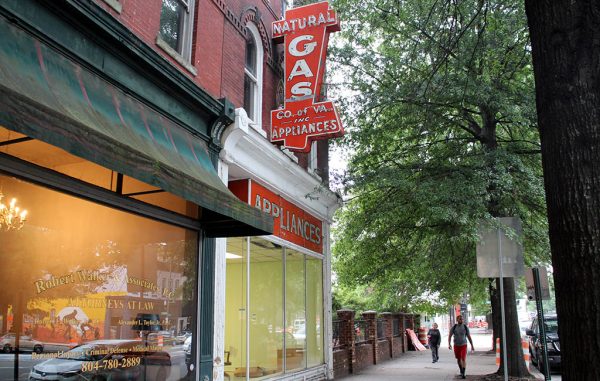 Calling an end to an 83-year run, a local propane gas provider has been absorbed by a regional peer, potentially freeing up its downtown building for redevelopment in the process.

The Mr. Able deal includes all of the company’s assets except its downtown building and storefront at 219 W. Broad St. and two other properties in Chesterfield and Mechanicsville, the latter of which – a bulk storage facility – is being leased to Revere Gas.

The deal included the purchase of a bulk storage facility in Chesterfield, adjacent to the property retained by Natural Gas Co. That facility, at 2901 Cardwell Road, was purchased Aug. 3 for $300,000, according to county property records.

Natural Gas Co., founded in 1934, will continue as a privately held company but will be renamed Taygan Enterprises, said Brad Williamson, the company’s operator and primary stockholder.

Williamson said the renamed company will pursue redevelopment of the four-story, 8,000-square-foot Broad Street building it has occupied since the mid-1950s. Those plans are contingent on agreement from stockholders, whom Williamson was reaching out to this week.

Williamson, who will stay on as the company’s sole employee, said he approached Revere Gas about selling the firm’s assets in light of increasing regulation and competition in the market.

“At our size company, it was getting harder and harder to keep up with some of the different federal regulations and some of the pricing that larger companies could offer,” he said. “I felt like it was a prime time for us to maybe exit while we looked best on paper.”

Active in the Greater Richmond area from Louisa to New Kent counties, Williamson said, Mr. Able served about 3,000 customers and brought in between $2 million and $3.5 million in annual revenue in recent years. Eight of the company’s 10 employees were offered jobs at Revere Gas, which ended up hiring four, according to president and third-generation owner Carlton Revere. 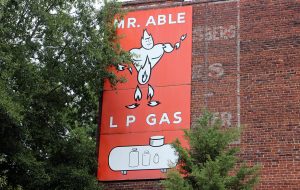 “That was one of the things we were trying to do: find a company that would at least offer jobs to our folks and take good care of our customers, which I think we did on both of those accounts,” Williamson said.

Revere, whose grandfather started his namesake company in 1942, said both Mr. Able and Dixie Fuel presented appealing opportunities to expand its footprint. Based in Hartfield on the Middle Peninsula, Revere Gas has offices in Oilville, Fredericksburg, and Providence Forge in New Kent County.

“We have steadily grown outward from Hartfield over the last 75 years,” Revere said. “There’s only so far east we can go before we end up in the bay, so we have been pushing westward.”

In all, Revere said the acquisitions bring on five additional employees – four from Mr. Able and one from Dixie – bringing its staff count to just over 85 employees serving more than 26,000 customers.

The deals also add three bulk storage facilities – one from Dixie in Williamsburg, and two from Mr. Able in the Richmond area: the Mechanicsville property it is leasing at 9353 Cool Spring Road, and the facility it purchased in Chesterfield at 2901 Cardwell Road, next door to the ACF Environmental facility.

Once a redevelopment plan is established for the West Broad Street building, Williamson said, Taygan Enterprises would look at redevelopment opportunities for its other two properties: the Cool Spring Road facility it is leasing to Revere, and a vacant 3-acre lot it owns adjacent to the Cardwell Road facility.

Williamson said all options will be considered for the downtown building. He said a mixed-use conversion with retail and apartments is likely, given the neighborhood.

“Obviously the trend here seems to be residential above, retail down,” he said.

Williamson said those decisions will be made by the company’s stockholders, whose interests also were considered in the decision to sell the firm.

“We originally had about 70 stockholders, and most of it’s moved into trust and was never traded,” he said. “They’ve never been able to cash out, so we thought this gave them the opportunity also.”