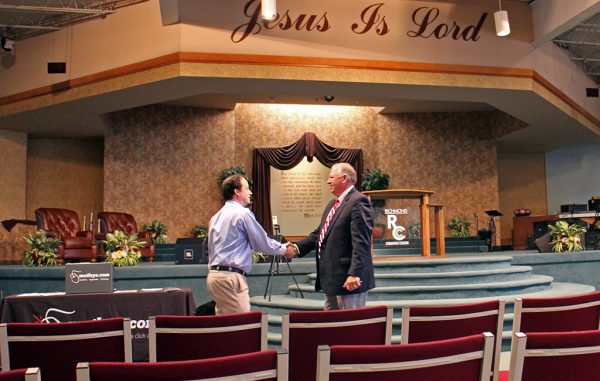 Attorney Kevin Funk meets with an auctioneer inside the RCC in 2015. (BizSense file photo)

The fight over the future of a local church, its Manchester real estate holdings and potentially control of its pulpit took an emotional turn in the courtroom last week.

Parishioners of Richmond Christian Center packed the pews of bankruptcy judge Keith Philips’ courtroom in the Richmond federal courthouse on Aug. 16 for a hearing that was supposed to help decide how to sell 16 parcels the church owns around Manchester, including its main sanctuary at 214 Cowardin Ave.

While that issue was punted for at least six weeks while attorneys from all sides field offers from prospective buyers, the bulk of the hearing was consumed by Pastor Stephen Parson Sr. and some of his acolytes.

Parson, who founded RCC in the 1980s and grew it to thousands of members before it fell into bankruptcy four years ago, has been in a sort of exile from the church over the last two years because of the bankruptcy process. He’s since maintained a circle of loyalists from the church that he says are eager to see him return.

When the judge gave those in attendance a chance to address the court, Parson carried a stack of folders and a sealed, unmarked yellow envelope to the podium.

As he’s done throughout the bankruptcy process, Parson introduced himself as the pastor of Richmond Christian Center, despite being barred from leading the church as a provision of the Chapter 11 reorganization plan.

His statements centered mainly on the idea that he should be reinstalled as the leader of the church, despite that not being at issue at the hearing that day. 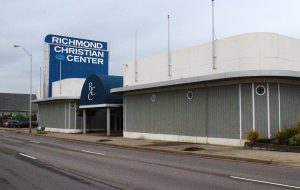 The church owns 16 properties that sit on about 5 acres.

“Most of the people in the court today are here for me,” Parson told the judge. “They come to Richmond Christian Center for the word of God that I teach.”

“Most that are still there are there because they’re waiting for me to come back.”

Choking up twice during his speech, Parson said there is a rift in the church because of his absence and, to some, he’s “become the enemy.”

“The church is a mess right now,” he said.

RCC’s bankruptcy trustee and his lawyers have said Parson has caused a rift in the church, due in part to the discovery that hundreds of thousands of dollars of church money was used by Parson and his family for personal use while RCC was headed toward foreclosure and bankruptcy.

Prohibiting his near-term involvement in the church was a sticking point for Foundation Capital Resources, the lender and main creditor whose foreclosure efforts in 2013 pushed the church into Chapter 11.

Last week’s hearing was prompted by FCR’s renewed efforts to foreclose, arguing that the congregation missed revenue marks and fell out of compliance with its court-approved reorganization plan. The church’s holdings of 16 empty commercial and residential lots and small commercial buildings centered around its 44,000-square-foot sanctuary serve as collateral on the loan from FCR.

According to the agreed-upon terms of the reorganization plan, as long as FCR remains the holder of the loan to RCC, Parson cannot be involved in the church.

A sale of the real estate is aimed at satisfying the lender’s lien, which could in turn open the door for Parson’s return.

Two RCC members also took to the podium, emotionally agreeing with Parson that the church is a mess that could be cleaned up if their founding pastor returned.

As for the potential real estate sale, Parson offered a solution to the judge.

“Right here I have a buyer intent to purchase with proof of funds,” he said, holding up the sealed envelope and having the bailiff pass it to Phillips. The judge didn’t open the envelope before returning it to Parson, and lawyers involved in the case say it remains to be seen what sort of offer it contained.

“I don’t know anything about that sealed envelope,” LeClairRyan attorney Chris Perkins, who represents bankruptcy trustee Bruce Matson, said after last week’s hearing. “I don’t know if there’s an offer in there or not. Hopefully it will be presented to us.” 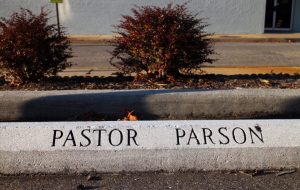 Stephen Parson is the founder of RCC. (BizSense file photo)

Perkins said prior to the hearing the trustee had heard from two prospective buyers and the hope is that a deal can be made in lieu of foreclosure.

“We’ll try and get a buyer at a price that everyone is happy with,” Perkins said. “We would welcome all interested parties who want to put a bid down. FCR has the right to object to it. We need to get enough money to pay them and pay the other creditors.

“The fate of the church will depend on who the buyer is,” he said.

Kevin Funk, an attorney with Durrette Crump representing RCC as the debtor, said the church also has interest from a “serious” buyer.

“We have somebody who is interested in the property and wants to share the space (with RCC) for the time being at least,” Funk said. “We want to pursue that and we have provided what we have to the trustee and we’ll see where it goes from there.”

Funk said he also is not privy to the contents of Parson’s envelope.

“I have not been provided the sealed envelope,” he said. “If (Parson) wants to provide that to me, I will present it to the (church’s) trustees.”

Judge Phillips ended the hearing by setting a date for the next hearing for Oct. 5 and offering his assessment of the RCC case:

“Obviously this is not your typical bankruptcy.”