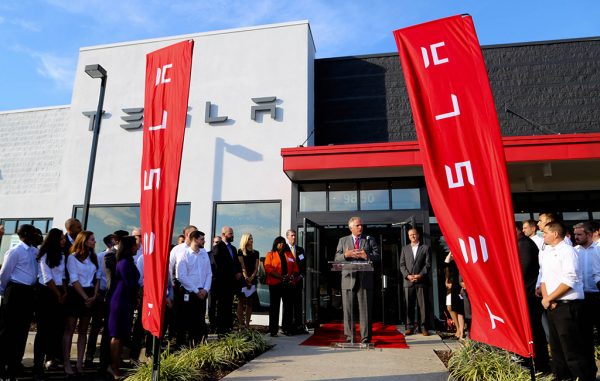 The California-based electric carmaker on Friday opened its new company-owned store at 9850 W. Broad St., in the face of a years-long and still-unfinished fight with the Virginia Automobile Dealers Association.

The 30,000-square-foot facility is open for sales and service. It is selling the Tesla Model S sedan and Model X SUV and is accepting orders for the Model 3, a cheaper model that starts at $35,000.

The dealership has around 20 employees, but that headcount is expected to increase. The store is managed by Cody Arnett.

The Richmond store is its second in Virginia, joining one in Northern Virginia that was also the subject of prolonged opposition from the VADA, which has argued the companies dealerships cannot open in the commonwealth based on state law. 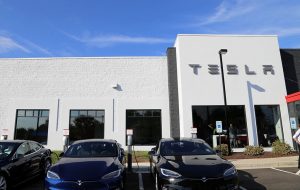 VADA, which represents franchised car dealers around the state, argues that state law prevents car manufacturers from operating their own dealerships, unless no other licensed dealers would be willing and able to run such a dealership independently “in a manner consistent with the public interest.”

Tesla only operates corporate-owned dealerships, arguing that its business model doesn’t have room for the mark-ups typical of the franchised dealership approach.

VADA also argues that a Tesla dealership in Richmond would violate a previous settlement between the parties that allowed the carmaker to open its Northern Virginia store. That agreement included a provision by which Tesla could not expand in the state for 30 months.

The Virginia DMV commissioner ruled in Tesla’s favor on the matter in November, paving the way for last week’s opening. But the VADA has appealed to overturn that decision in Richmond Circuit Court. A judge ruled that VADA does have a right to continue its appeal and the case is still pending.