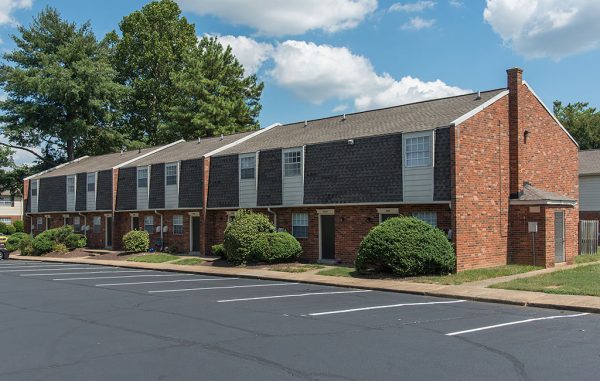 Note: This story has been updated and revised to reflect the full purchase price for the Town & Country Apartments. An earlier version reported the purchase price for one part of the complex as listed in city property records, but the deal included multiple parcels that added up to the final purchase price: $33.3 million.

Two D.C.-area buyers turned their sights south of Richmond in a pair of multifamily deals that each topped $25 million.

Bethesda, Maryland-based RailField Realty Partners marked its entry into the Richmond market this month with its purchase of Courthouse Green, a 266-unit apartment complex at 6417 Statute St. in Chester.

Jon Siegel, one of RailField’s four partners, said Courthouse Green was an appealing opportunity for the firm to enter the local market, where he said they have bought and owned properties in previous jobs.

“We like the Richmond market and the Chesterfield submarket,” Siegel said. “We thought it was very stable and the property’s very stable, but at the same time, we think there’s some opportunity to add some value to it.”

Siegel said they’re planning about $2 million in upgrades to the complex’s common areas and units, which average about 950 square feet and $870 in monthly rent. Siegel said the improvements could warrant increasing rent by $50 to $100.

The firm’s portfolio consists of three apartment properties in Texas. Its focus is on markets there and in Florida, the Carolinas and Virginia, where Siegel said it is working on more deals, specifically in the Richmond market.

“We’re based in Bethesda in the D.C. area, so Richmond’s pretty close to home,” he said. “It’s pretty similar to the other markets that we own (properties in) in Texas. It has a good growth story, solid employment base, and for investors, it’s a little bit more under the radar than some of the primary markets like a D.C. or Atlanta.”

RailField purchased Courthouse Green from Fairfield Residential, a San Diego-based firm with holdings in 20 states, including two complexes in the Richmond area: River Forest Apartments in Chester, and The Belvedere Apartments in the city.

Fairfield purchased Courthouse Green in 2014 for $23 million, according to Chesterfield County property records. The property was most recently assessed at $6.33 million.

When those two were sold to other buyers, Ewing said, interest in Courthouse Green picked up when it was listed on its own. 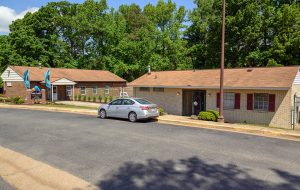 “I think this one was overlooked because those were a little bit newer and nicer properties in people’s minds, and I think a lot of the market that normally buys this vintage of product wasn’t prepared to make offers on all three,” Ewing said. “When we took it out by itself, it got a ton of interest.”

Noting 15 offers received for Courthouse Green, Ewing added: “Last year, there was a lot more product out on the market. This year, there hasn’t been as much product, but there’s as much money chasing product as there was last year.

“It’s been somewhat of a scarcity issue with people trying to find deals, so everybody’s being very aggressive right now on the buy side,” he said.

The buyer is West End Capital Group, a D.C. firm that also owns Match Point Apartments in Forest Hill, which it purchased in 2015 with Atlas Real Estate Partners.

The seller was Baltimore-based Quest T & C Apartments LLC, which purchased the 24.5-acre property in 2006. It consists of 47 two- and three-story structures with a mix of garden flats and townhomes built in 1975.

The property was listed by Cushman & Wakefield’s Jorge Rosa and Anthony Liberto. Rosa said it was put on the market two years ago and was under contract with a low-income tax credit buyer, but the deal fell through. He said West End Capital, which they had worked with before, made an offer at the same price.

Rosa said West End Capital is planning a comprehensive renovation to Town & Country’s units, which average 850 square feet and previously have averaged about $700 in monthly rent.