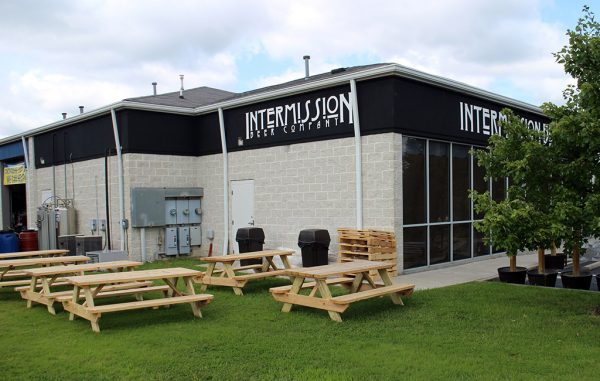 The stage is set for Henrico’s latest brewery.

Intermission Beer Co. is opening this weekend at 10089 Brook Road in Henrico, in a strip center next to Virginia Center Commons.

The first beers to be pulled from Intermission’s taps will be a Belgian Blonde, English Mild and a Pale Ale. It’ll offer flights and 13-ounce pours to start, with plans to offer growler fills and possibly distribute in the future.

Husband-and-wife owners Justin and Courtney White have handled the buildout themselves. The couple met in VCU’s theater program, which laid roots for the brewery’s name.

Intermission’s 2,300-square-foot space, next to a Goodyear shop, has seating for roughly 70 inside, with picnic tables for outdoor seating. Courtney White said it will bring in food trucks, with Carytown Burgers & Fries and Bikini Panini slated for opening weekend.

The brewery will be open Thursday through Sunday, opening at 4 p.m. on weekdays and noon on weekends.