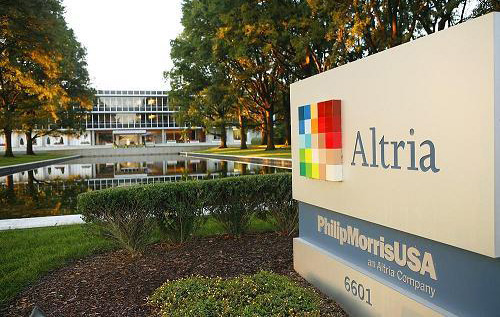 Altria is in the early stages of plotting an expansion of its headquarters at 6601 W. Broad St. in Reynolds Crossing.

The company, which owns Philip Morris USA, recently filed preliminary plans with the county planning department for the construction of a four-story, 170,000-square-foot office building behind its existing home office on its 33.6-acre campus near West Broad Street and Interstate 64, according to renderings on file.

The expansion also calls for the construction of a 481-space parking garage on an existing surface lot, and a reconfigured secured entryway into the campus via Forest Avenue.

The plans are preliminary and no official plan of development has been filed with the county.

Altria spokesman George Parman confirmed the tobacco company is mulling options to expand its campus, but none of the plans are final.

“Any expansion is something that we are evaluating among other options, but no decisions have been made,” Parman said in an emailed response.

Richmond-based Timmons Group has been tagged as the project’s engineer, according to planning documents. A general contractor has not been assigned.

The new building, as planned, would mirror the design of Altria’s existing four-story, 250,000-square-foot headquarters.

After leasing the building since 2003, Altria purchased it in June from the University of Richmond for $20.8 million. Before UR acquired the building from Alcoa in 2001, the facility served as Reynolds Metal Co.’s headquarters when it was built in 1958.

The structure was placed on the National Register of Historic Places in May 2000 because of its design and use of aluminum, Parman said. It was designed by noted architect Gordon Bunshaft.

Parman added Altria is looking to renovate the interior of its existing headquarters.

“To enhance collaboration and meet the interests of our workforce, we intend to update the interior of the building while maintaining its historic integrity,” he said.

Altria leases office space in several buildings in the immediate area, including space in an eight-story building across Forest Avenue from its corporate campus.

Parman would not disclose why Altria is exploring expansion, and if the added space would either result in new jobs or consolidate key divisions on its campus.

Altria, a Fortune 500 company, employs nearly 600 people in metro Richmond and enjoys a significant footprint in the region. The company maintains its Southside manufacturing facility along I-95, which has been operational since 1973.

According to the company, cigarettes produced at the 43-acre, 1.6 million-square-foot facility represent half of all cigarettes sold in the U.S.

Last year, Altria announced it was eliminating 490 salaried employees over several months, including 200 to 250 in Richmond. As of the end of 2016, Altria and its subsidiaries employed about 8,300 workers, according to its latest annual report.