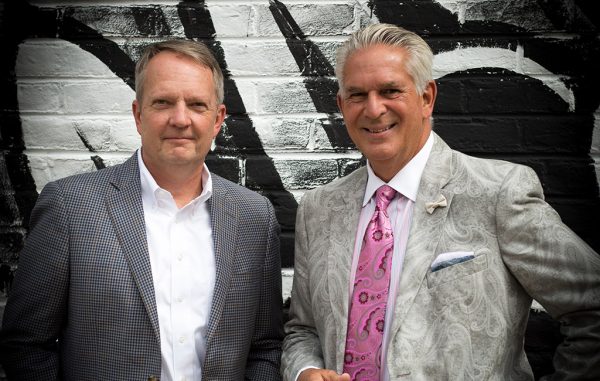 Two local ad agencies are looking to join forces in a deal that will create a combined company rivaled in size locally only by the Martin Agency.

Expected to close later this year, the deal will create a firm with $30 million in revenue and nearly 70 employees at offices in Richmond, Hampton Roads, Roanoke and Chattanooga, Tennessee.

Daniel Fell, president and CEO of ndp, said the acquisition allows the company to diversify by adding FAM’s clients and position it for growth in the Mid-Atlantic.

“Combined we’re a little over $30 million in billing,” said Fell, who will remain CEO of the combined firms. “That makes us a good-sized regional agency. We think there’s an opportunity in this market to service the needs of bigger companies and brands that are in the region.”

FAM principal Ken Wayland, who owns the firm with his wife Marilyn, said the combination with ndp is an idea that’s been simmering for some time.

“Danny and I have been in dialogue for a while,” Wayland said. “It’s always been our goal to grow.” 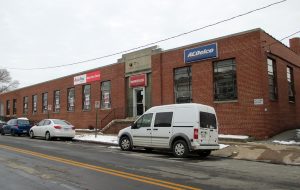 Wayland will join ndp as an executive vice president and is not expected to take an ownership stake in the combined firm. He and his wife founded FAM in 2001.

FAM brings with it a book of business of clients in financial services, hospitality, retail, healthcare and real estate. Its larger local clients include CapCenter, Mercedes-Benz of Richmond and Short Pump Town Center.

It also brings over 18 employees and an office in Norfolk that opened last year and will remain under ndp.

Ndp and its 58 employees have a local client list that includes VCU Health, the Jefferson Hotel, Bliley’s Funeral Home and Maymont.

Wayland said part of deal’s draw is that there will be no overlap in clients.

Upon closing the deal later this year, the firms will set up shop in Scott’s Addition, where ndp is building its new headquarters in a redeveloped building at 2912 W. Leigh St. Its current office downtown at 1 E. Cary St. is on the market.

FAM will vacate its home in Innsbrook at 4800 Cox Road. The office will be taken over by Veracity Consulting Group, which has an office nearby on Westerre Parkway.

Ndp has a history of dealmaking, with acquisitions over the years that led to a presence in Roanoke and Chattanooga. That includes a combination with the Packett Group, a former Roanoke firm that added the Packett to ndp’s previous incarnation.

…congratulations to The Wayland’s and all the folks involved. It couldn’t have happened to a nicer, harder working group. They have taken an idea for a company to new heights in a relatively short period of time -while making a great impact on many levels in the region and for their clients. This looks to be a big win for the region! Put another big check mark for another creative group in this hot part of town. They will continue to do well and add to our community of talented people who give back, stay involved, and attract more attention… Read more »

The Pitch: Advertising and marketing news for 9.26.17 - Richmond BizSense

[…] employees at offices in Richmond, Hampton Roads, Roanoke and Chattanooga, Tennessee. The deal was announced earlier this month and is expected to close later this […]

[…] the only advertising agency following the lure of Scott’s Addition. Fellow agency ndp, which recently acquired Henrico-based Free Agents Marketing, is preparing to move to 2912 W. Leigh St. after decades […]

[…] 47 employees – a number he expects to reach with new hires by yearend. The agency, which recently acquired local peer Free Agents Marketing, is moving 40 local employees from the Cary Street space. The […]