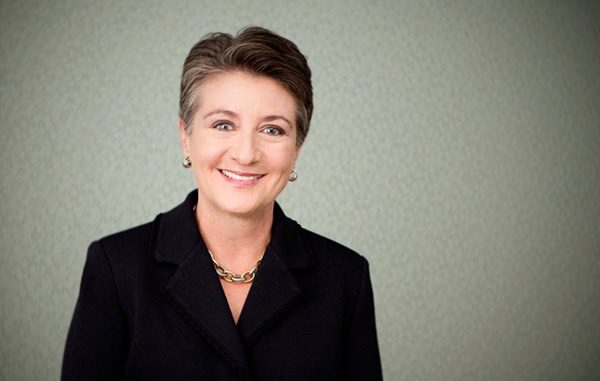 Liz White came to the firm this month from LeClairRyan. (Sands Anderson)

After luring an attorney from one of its larger competitors, a local law firm is hanging out a shingle in the Hampton Roads market.

Sands Anderson is working to open an office in Williamsburg to make room for new addition Liz White, who came over earlier this month from LeClairRyan.

President Margaret Hardy said the firm regularly does business in Hampton Roads and has talked for some time about potentially opening an office there.

“We were waiting for the right opportunity, the right circumstance and the right attorneys,” Hardy said. “Liz White was the deciding factor.”

White, who has a niche practice of representing community associations, had been with LeClairRyan for 10 years before joining Sands Anderson on Sept. 1.

A resident and native of Williamsburg, White earned her bachelor’s and law degrees from William & Mary.

She said she got into representing community associations in the 1990s after working for commercial real estate developers on large master-planned communities. Then the recession of that decade hit, many developers went bankrupt, and developments went back to lenders, who needed help working things out.

“When we came out of that recession I found myself with a niche,” she said. “These communities we breathed new life into needed general counsel.”

Among her local clients is iStar, a real estate firm that brought new life to golf course-anchored Chesterfield development Magnolia Green after it went into foreclosure in 2009 and has since hit its stride.

Sands Anderson is finalizing a lease for office space in Williamsburg, Hardy said. It’s looking in the McLaw’s Circle area next to Busch Gardens.

Joining White in the Williamsburg office will be employment attorney Brian Muse, who lives in Williamsburg and brought his employment law practice over from LeClairRyan about a year ago.

The Williamsburg expansion follows Sands Anderson’s addition earlier this summer of five attorneys from the firm known until recently as Rawls McNelis, a move that replenished its healthcare practice.

Recent addition Ray Rodriguez, a Williamsburg resident who came over with the Rawls McNelis group, also will work out of the new office.

In addition to its headquarters in the Bank of America Center downtown, Sands Anderson has offices in Christiansburg, Fredericksburg, McLean and the Research Triangle in North Carolina. It has around 60 attorneys.

[…] LeClairRyan also has lost a few attorneys over the last year or so. Last summer a group left for O’Hagan Meyer and earlier this summer a pair of attorneys left for Sands Anderson. […]