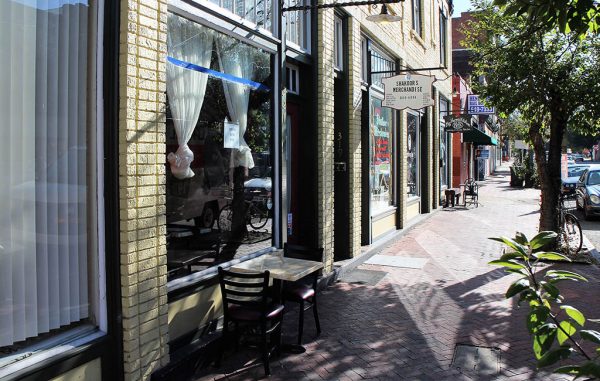 The Pot will open in space once occupied by BoDillaz at 321 N. Second St. (J. Elias O’Neal)

The Pot is a joint venture for first-time restaurateurs Richard Washington, a fiscal technician with the Virginia Department of Health, and Debra Medina, a native Richmonder and local Realtor with ties to Trinidad and Tobago.

The restaurant is scheduled to open Friday, a day before the 2nd Street Festival, and will serve traditional Caribbean dishes popular in the states, including curry chicken, jerk goat and oxtails, Washington said.

“This venture is to solely focus on providing great-tasting foods, excellent customer service and a place for everyone to come and share in a good word,” Washington said.

They signed a five-year lease for the 750-square-foot space.

Given Jackson Ward’s continued growth, Washington said, opening a Caribbean concept in the neighborhood was a good option for the group.

Plans call for the space to accommodate 15 dine-in seats and four patio seats fronting North Second Street. Washington said the group is refreshing the space with new paint and floors.

The Pot adds to more international flare bubbling up along Ng’s restaurant row.

It will join Korean eatery JKogi, recently opened sushi joint Fighting Fish, and Big Herm’s Kitchen – all on that side of the block in buildings owned by Ng. The new restaurant also will sit across the street from Jamerican Cuisine Restaurant & Lounge at 400 N. Second St.

Other new restaurants in the works for surrounding blocks include Richmond-based EAT Restaurant Partners’ new concept being planned at 326 E. Broad St.

Best of luck to the Pot, and glad to see BoDillaz will still be around.