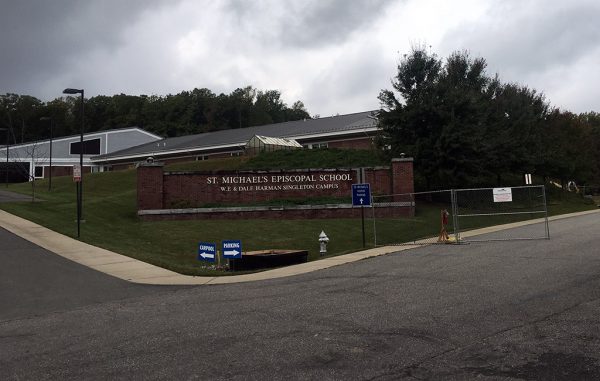 A Southside private school is digging in on an eight-figure plan to reunite its student body after 10 years of operating at sites split three miles apart.

St. Michael’s Episcopal School has broken ground on its new $11 million elementary school buildings, to be built on its 70-acre campus at 10510 Hobby Hill Road. The project includes construction of a 25,000-square-foot classroom building and 11,000-square-foot assembly building.

The private K-8 school opened its middle school at the Hobby Hill campus in 2008, while the elementary school, which St. Michael’s refers to as its lower school, stayed in its original location at 8706 Quaker Lane in Bon Air, where it has been for 60 years.

Headmaster Michael Turner said plans to reunite the two schools were put in motion the moment the middle school opened nearly 10 years ago.

“Much like when you get engaged, people immediately start about when the wedding is, then after marriage, people start asking about the baby. As soon as the middle school opened, the question was, ‘When are you going to move the lower school?’” Turner said.

“The decision about (moving) the lower school was baked into the school’s previous plan,” he added.

The Lower School building is expected to be complete in time for the 2018-2019 school year, Turner said. A completion date for the assembly building has not been set yet.

A ceremonial groundbreaking was held Oct. 5, though Turner said work began in August. BCWH Architects designed the buildings, with Kjellstrom & Lee handling construction and Sekiv Solutions as the civil engineer. 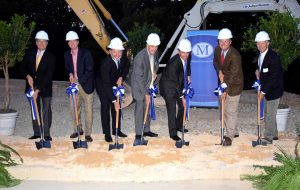 The 70 acres on which St. Michael’s sits was partially donated by the late W.E. “Bill” Singleton, a local developer and philanthropist. St. Michael’s purchased the remainder of the land in 2007, according to city property records.

The soon-to-be-vacant elementary school in Bon Air sits adjacent to, and is owned by, St. Michael’s Episcopal Church.

“The school began as a mission of the church … (The church is) in the midst of a study for the highest and best use for the property,” Turner said.

St. Michael’s joins several other private schools in the area to undertake a multimillion-dollar project this year.