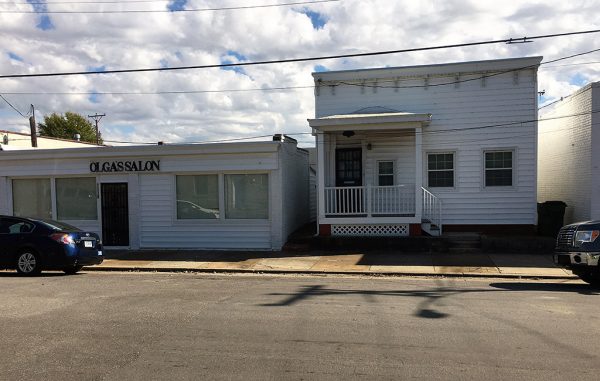 Two brothers known for their local Mexican and Japanese restaurants have made a real estate play in Scott’s Addition.

Nelson and Paulo Benavides, owners of Pepe’s Mexican Restaurant in Midlothian and Hibachi Box near VCU, this month purchased two commercial buildings at 1317 and 1319 Summit Ave.

The deal also includes a vacant lot at 3017 W. Clay St., which serves as a backyard to the properties and gives them access to West Clay Street.

“We’ve always liked the area,” Nelson Benavides said. “It was important for us to take advantage of this deal now and decide what to do with the properties later.”

Benavides said they have no immediate plans for the properties, though they’re not ruling out a restaurant on the site.

“Obviously, a restaurant would be fitting, but we want to concentrate on what we have because it’s just me and my brother doing everything … from developing the menu, the business side – all of it,” Benavides said.

As for the vacant backyard lot, Benavides said, plans are to use the space to host events and parties for their staff at Pepe’s and Hibachi Box, even offering some of their staff members a foothold in the local dining scene by allowing them to use the space as a pop-up location.

“We have a lot of kids that work for us that want to be a part of the local dining scene, and want to enhance their culinary skills,” he said. “Having the backyard turn into an outdoor kitchen may be able to give them a platform for their work and food.”

Buying into Scott’s Addition has turned into a stroll down memory lane for the Benavides brothers, who remember what the neighborhood was like before the breweries, restaurants and apartments.

“I can remember coming down here with my dad to by kitchen equipment at Gusti’s [Restaurant Equipment] and Fixtures, so we’re familiar with Scott’s Addition and what it has become,” Benavides said. “It’s nice to see the evolution.”

A few blocks away from the Benavides holdings, the former Connor Brothers Body Shop at 1008 N. Sheppard St. is set to be redeveloped by Morton and Brad Cummings into mixed-use space for a restaurant and office tenant, and nearly double its size by adding a second story.

Cummings and Spy Rock Development are also under contract to purchase the McKinnon and Harris building at 1806 Summit Ave.