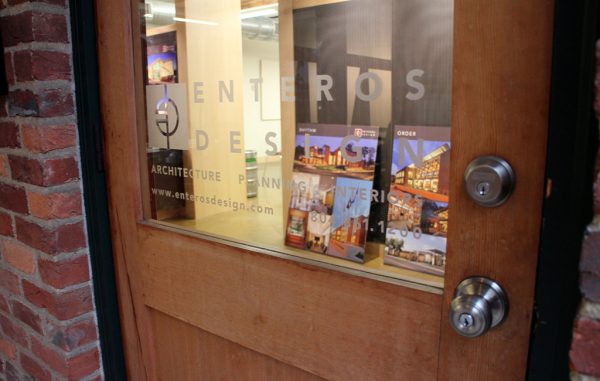 After 15 years in Petersburg, an architecture firm behind several area projects is expanding to Richmond while maintaining its foothold in its hometown.

Enteros Design has opened a second office in the Foundry 7 Building at 7 N. 25th St. in Shockoe Bottom.

Gil Entzminger, who founded Enteros in 2003 after jobs at HOK and Blackburn Architects in Washington, D.C., said the seven-person firm had been looking for about a year to add a Richmond office, where its work has included the Virginia Credit Union League headquarters at 108 N. Eighth St. downtown.

Other Richmond-area projects have included interior work for Winfree Memorial Baptist Church in Midlothian, a Virginia Parole Board office near Midlothian Turnpike and Chippenham Parkway, and expansion of a Henrico Federal Credit Union branch. The firm also is working with Henrico County to renovate its human services building.

“We opened our Petersburg office in 2003 and that’s worked out very well for us, but we felt like having an office in Richmond and in Petersburg would give us the opportunity to best serve clients throughout the Richmond region,” Entzminger said.

“We felt like it was a good opportunity and a good time. Richmond is definitely a very strong market, and we wanted to be a part of it.” 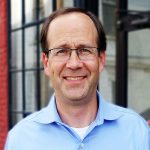 The firm worked with Fred Plaisted of Commonwealth Commercial to find the 2,400-square-foot space, which it selected over other locations in the Bottom, downtown and Scott’s Addition. Entzminger said Enteros signed a five-year lease.

“We liked the character and historic charm of the Shockoe Bottom area, and being close to the river and the scenic beauty,” he said.

The firm is celebrating the move with an open house Wednesday evening.

Entzminger said the storefront could fit 15 employees, allowing room for the firm to grow. Its current staff of seven will work out of both the Shockoe Bottom and Petersburg offices, moving back and forth as work dictates, he said. The company is headquartered at 314 Exchange Alley in Petersburg.

Entzminger said Enteros provides services including adaptive reuse, restoration and interior design for commercial, residential and recreation projects. He said it does a lot of institutional and government work, including libraries, courthouses and municipal buildings.

The company’s design portfolio extends to eight states and Washington, D.C. In Virginia, its work has included the Petersburg Public Library and libraries in Prince George County and Roanoke.

Enteros adds to a recent wave of architecture firms that have expanded their physical footprint to Richmond.