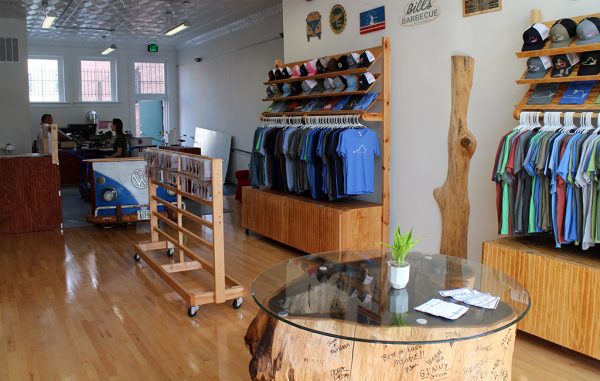 A local clothing retailer that got its start online during early days of the VCU “Havoc” craze is up and running in its first permanent digs.

Owner Meade Fitzgerald started the company as an online retailer and pop-up shop amid the Rams’ Final Four run in 2011, making and selling VCU-branded apparel. After a few name changes over the years, Fitzgerald decided to lay down brick-and-mortar roots in the Bottom.

“I feel like I’m getting in at the right time,” he said of the neighborhood.

Shockoe Bottom recently has drawn the attention of brewers, restaurants and other developers, driven in part by renovations of the 17th Street Farmers’ Market and Main Street Station.

Trails & Shores is leasing its 1,000-square-foot space, on which Fitzgerald did some light renovations. Visible from the retail floor is a screen-press and decal-maker, where the company makes its products in house. 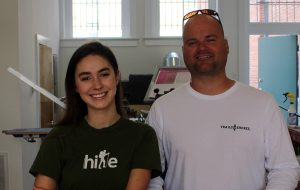 Fitzgerald said Trails & Shores will continue online sales and bringing its trailer to events. The company has about eight employees.

While its designs historically have featured local neighborhoods and slogans, Fitzgerald said, it has started printing Trails & Shores-branded products as well.

“So far it’s been a lot of state designs, but we’d like to build a brand ourselves,” he said.