The Martin Agency dismissed chief creative officer Joe Alexander on Dec. 1 in response to sexual harassment claims made against him within the agency. Alexander, who worked at Martin for 26 years, has denied the accusations and said the departure was his decision, according to Adweek. A week later, Martin leadership issued a memo to staff clarifying the decision was theirs and outlining steps the agency is taking, such as workplace conduct training and reviews of its sexual harassment policy.

Martin released three new spots for different campaigns for Geico. “Lighten Up,” the first of five spots that make up the second iteration of its “More, More, More” campaign, shows a festive neighbor whose holiday lights get increasingly elaborate. The agency also launched the latest installments of its “Count On” and Gecko campaigns.

Orange Frame produced a seven-video series for Virginia Tourism Corp. and American Evolution 2019 Commemoration. The series, called “Virginia to America,” highlight themes and historical events of 1619 Virginia and are posted on the 2019 Commemoration website, the Virginia is for Lovers YouTube page, Virginia.org and related social media channels.

The King Agency picked up Richmond-based Virginia Center for Policing Innovation as a client. It will serve as the center’s agency of record to promote its updated Victim Information and Notification Everyday program. The campaign will include TV, outdoor, print collateral and digital work and is slated to launch in early 2018 and run statewide.

Red Orange Studio won a rebranding campaign for Blue Ridge Area Food Bank and has been tapped to work with Goodwill of Central and Coastal Virginia on some of its updated collateral materials. Small business division Slice is rebranding Abraham Youth & Family Services and launched a website for Dogwood Tiny Homes.

Addison Clark was hired by Richmond-based Door and Hardware Specialties. The agency will be working to enhance the company’s online presence and make it more user-friendly, along with ongoing website management. 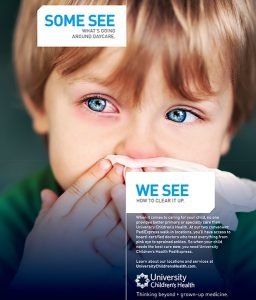 Ndp is running a campaign for University Health System.

Ndp moved its offices to 2912 W. Leigh St. in Scott’s Addition. It was previously located at 1 E. Cary St. The agency also released a 30-second TV spot for University Health System in San Antonio, Texas, focusing on the health system’s trauma unit. The spot is part of a campaign that includes digital banner ads and a long-format interview with trauma surgeons on social media.

Madison+Main picked up three new clients. River City Roll, a bowling alley under construction in Scott’s Addition, hired the agency to assist with public relations and create a new website. CrossKeys Vineyards, based in Mt. Crawford, retained the agency to develop and execute a marketing plan. And Virginia Hospital & Healthcare Association has enlisted Madison+Main to develop a communications plan.

Leanne Ferry joined Madison+Main as an account executive. The Christopher Newport University grad was previously with H&L Partners in a similar role and served as marketing coordinator for The Joel Bieber Firm. 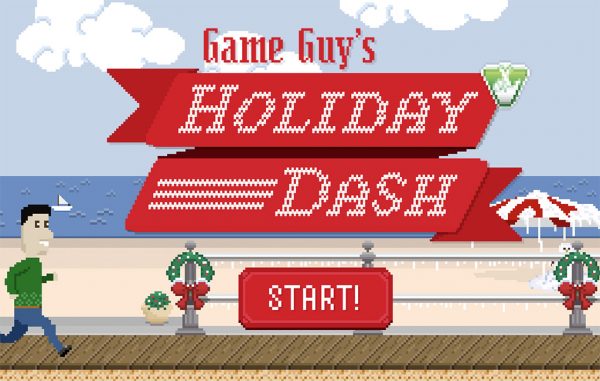