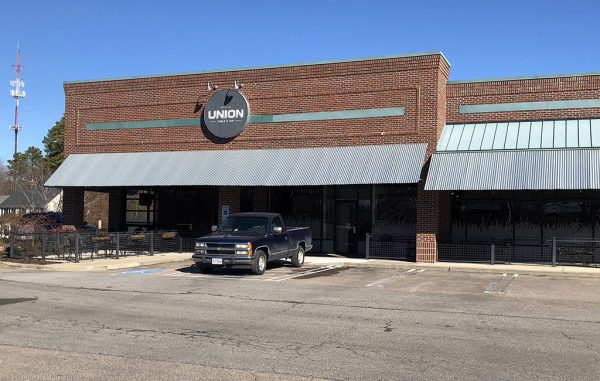 A seafood restaurant chain is coming back to Henrico County, dropping anchor in the Gleneagles Shopping Center.

Awful Arthur’s Seafood Co. is taking over the 4,200-square-foot space at 10426 Ridgefield Parkway, which previously housed Union Table & Tap until its closure in February 2017.

Mel Burns, who owns the Awful Arthur’s locations in Mechanicsville and Midlothian, confirmed the restaurant is looking to move in pending upgrades to the space. He would not say when it would open.

The brand was first launched as Awful Arthur’s Oyster Bar by Arthur W. Webb II in Urbanna in the 1990s – part of a trifecta of once-popular Northern Neck restaurants that also included Tex-Urbanna and Awfully Sweet.

Burns and business partner Todd Lancaster later shuttered the Shockoe Bottom location after flooding damaged the restaurant 12 years ago. Burns said they sold the West Broad Street location to the owners of Nanking Restaurant, which currently operates in the space.

“We moved out to Mechanicsville around 2006,” Burns said. “That was the lone restaurant for a while.”

Around 2013, he took over the Midlothian Awful Arthur’s location in Sycamore Square off Midlothian Turnpike.

Burns, a Henrico County native who lives in the West End, first eyed the Gleneagles property five years ago when it was Shackleford’s Restaurant & Raw Bar. When that restaurant closed in 2012, he said, it was already leased to another concept.

I wish they were still in Shockoe. I’d be a regular as I loved the place in the past (and that was before I resided in Shockoe.

Mel Burns is one of the area’s finest understated restaurateurs. Ahoy, West End!

I’d rather have a return of Chetti’s