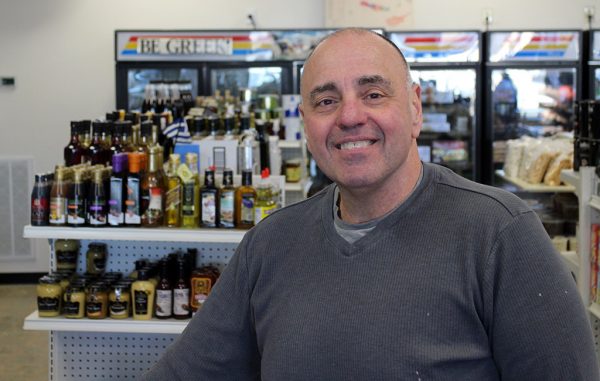 A former longtime downtown deli has reopened in the West End, sans sandwiches.

The family business, which has roots in Richmond dating back to the 1950s and is run by brothers Manuel Mouris and Philip Mourtzakis, operated for more than 30 years at 400 W. Broad St. before selling the building for $1.1 million in June.

At the downtown location, Nick’s sold deli subs, sandwiches and salads along with its retail and wholesale items such as bulk olive oil, tinned tomatoes and wine. But prepared foods are no longer on the menu at the new spot.

“We still sell deli meats and cheeses by the pound,” Mouris said. 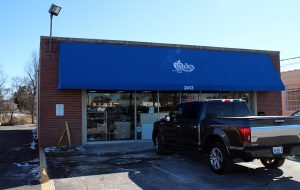 The 5,000-square-foot space has larger walk-in refrigerator and freezer space than it had downtown and is split between a retail floor and wholesale backroom.

Mouris said the need for more backroom space was part of the reason for the move, as the business sells to restaurants throughout Virginia, the most popular items being Feta cheeses, olives, pitas and other spices.

“We’re looking to get online sales in about six months as well,” he said.

The Westwood location is at least the business’ fourth home since its inception over 60 years ago. Named for Mouris’ and Mourtzakis’ father, Nick’s initially operated on North Sixth Street before moving to locations on East Marshall Street and Broad Street.

The Broad Street building was purchased by Eddie and Tony Huang, brothers and restaurateurs from Colonial Heights. They previously would not comment plans for the space, which also houses four apartments on its upper level.

Congrats to Nick’s on the new location and the next chapter! Also, congrats to Reilly Marchant of Thalhimer who’s been tasked with leasing the former space on Broad, killer location.

Congrats, Manny. Best wishes for many more successful years to come in your new location.

Congrats on the move, Manny! <3

Just over 20 years ago, I moved to Richmond and found Nicks as a staple for a great lunch and friendly service. I don’t work across the street anymore, but still managed to swing by for a gyro or sandwich before they moved — glad I did! Congrats Manny and Co. Will have to swing by your new digs.