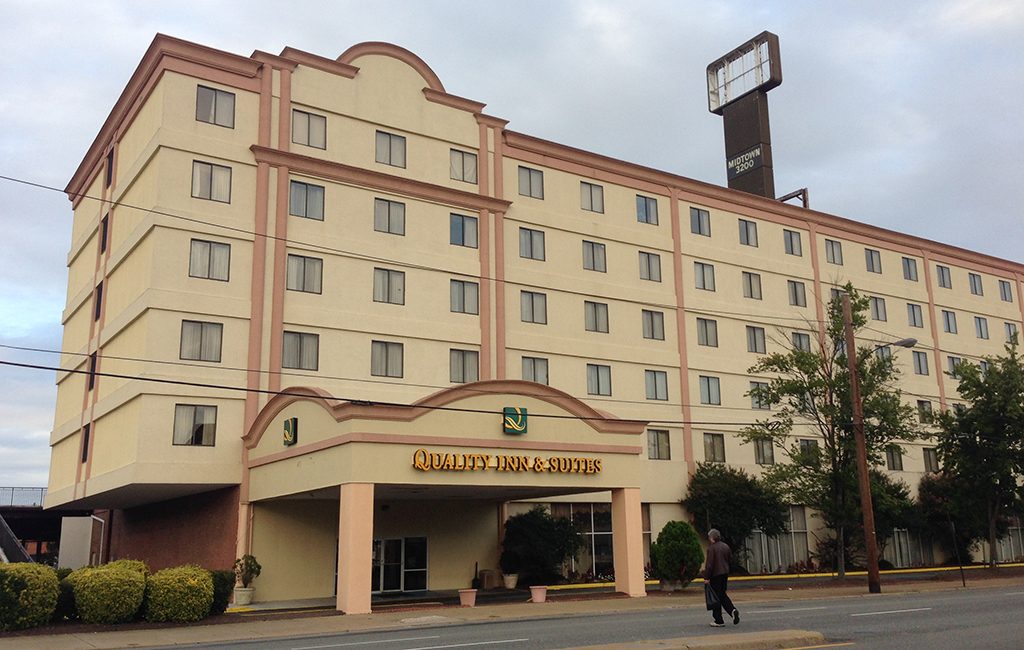 Weeks after resolving its dispute with a local developer that had put the property in legal limbo, a Richmond housing nonprofit is moving forward with efforts to gauge the market for a prime piece of Scott’s Addition real estate.

Better Housing Coalition has started soliciting offers for the former Quality Inn & Suites at 3200 W. Broad St., which it purchased in 2016 with plans to convert the dormant property into a mixed-income, mixed-use development.

Offers to buy or redevelop the property, either with BHC through a joint venture or without, are being accepted through 5 p.m. Friday, March 9, with an undisclosed asking price.

BHC will then weigh the offers and determine whether it wants to go forward with redevelopment or sell the property and put the proceeds toward other housing projects.

“We have not made any decisions about the future of the project yet,” BHC CEO Greta Harris said in an email. “We are moving along multiple paths with the goal of having several viable options for the BHC Board of Directors to evaluate soon.”

After settling its legal dispute with Dominion Diversified Real Estate Group, which had alleged BHC stole its idea to redevelop the property, Harris said earlier this month the nonprofit was weighing its options. They include going forward with its project, pursuing a joint venture with a developer or selling the property outright.

Harris said the nonprofit aims to make its decision by the end of this quarter.

Offers that include an income-based housing component, with or without involvement from BHC, will receive preferential consideration, according to a Colliers flyer.

The flyer notes the property is located in a city enterprise zone and was included in a city rezoning last year that has increased its value since BHC purchased it through an LLC in 2016.

BHC purchased the property for $5.9 million. The latest city assessment put its value at $8.88 million.

Filling a city block, the property includes the six-story hotel building, which totals 136,000 square feet, and a two-level parking deck. BHC had proposed a $42 million plan to convert the structures into apartments and ground-level commercial space.

Schwartz, who has shared the listing with Colliers since BHC was first looking to go forward with its project, said the property presents a unique development opportunity encompassing a full city block in the city’s hottest neighborhood.

“I don’t know that there’s anything like that that’s happened in decades, where there’s been a whole city square block open to the marketplace in a non-public event,” Schwartz said.

He also pointed to the property’s location on the forthcoming GRTC Pulse bus rapid transit line, access to interstates and proximity to employment centers and restaurants.

“We’re just looking for people who have the ability to do what that property’s worthy of doing,” he said.