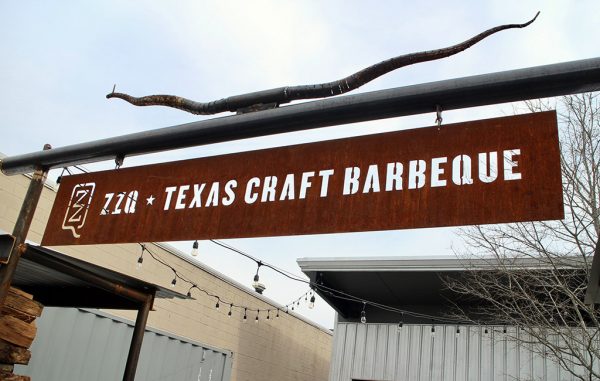 Having whetted locals’ appetites with their weekly popups, a pair of first-time restaurateurs is turning up the heat on the Scott’s Addition dining scene with their first brick-and-mortar location.

ZZQ Texas Craft Barbeque opens this weekend at 3201 W. Moore St., at the corner of Highpoint Avenue in the heart of the eclectic neighborhood.

The Central Texas-style barbecue joint is the first restaurant venture for local architects and couple Chris Fultz and Alex Graf, who have operated ZZQ as a popup since 2015 at Ardent Craft Ales. The brewery is next door to the new brick-and-mortar location.

“We really wanted to bring craft Texas-style barbecue to Richmond,” said Fultz, who is taking a sabbatical from his firm Fultz & Singh Architects to run ZZQ.

“We’re first-time restaurateurs, so we want to make sure that we get this right,” he said.

Through its popups, ZZQ has built a growing customer base, announcing in October 2016 plans to open a permanent location to sell smoked meats and side dishes. The project’s construction schedule was slowed down last year – a delay Fultz attributed to city permitting delays.

Fultz said he and Graf have pumped about $850,000 into the venture, with help from investors. They’ve hired 30 people to staff ZZQ and are looking to hire an additional 10 to 15 workers.

The 5,500-square-foot facility was designed by Fultz, Graf and Amrit Singh, Fultz’ business partner at Fultz & Singh. A Central Texas native, Fultz said his vision for the space puts a little bit of Austin in Richmond.

The 2,500-square-foot restaurant can seat 92 people and features large garage doors that will open up during warmer months. A 2,000-square-foot patio seats about 80 people with access to Ardent. 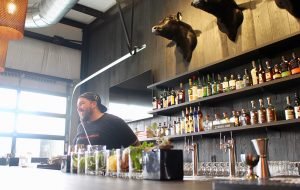 The complex includes a 1,000-square-foot smokehouse that houses three 1,000-gallon smokers manufactured by Texas-based Austin Smoke Works. The company has designed smoke pits for eateries such as Tazza Kitchen and Lewis Barbecue in Charleston, South Carolina.

The “Texas Trinity” of brisket, ribs and sausage meats will be on full rotation at ZZQ, Fultz said, as will smoked turkey, macaroni and cheese, potato salad and baked beans.

Like they do in Central Texas, patrons will go through a serving line to choose meats and sides to be placed on thick butcher paper, along with drinks. Fultz said ZZQ’s beverage list will include Lone Star State beers such as Jester King and Live Oak, as well as cocktails mixed with agave spirits. It’s also working with Ardent on a signature brew that will remain on tap.

Fultz said the initial focus will be on dinner service, with plans to add lunch in coming months. The restaurant will continue ZZQ’s catering operations.

“We want to work through our opening and see how things settle out,” Fultz said. “We’re excited. It’s taken us a while to get to this point, and we’re ready to showcase good, traditional Texas barbecue to Richmond.”

Great news but I am lost; hours of operation start at 11am Wednesday to Sunday but they are not doing a lunch service??

We are starting with lunch then adding dinner service. 11AM Wednesday thru Sunday starting tomorrow. _the Pitmistress