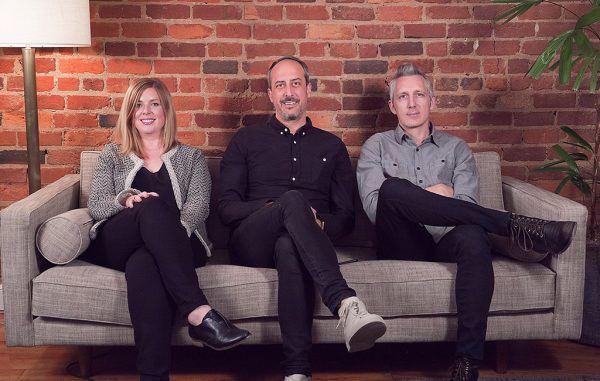 While one Martin Agency spinoff joins up with a local production studio, another of its offshoots is breaking off from the ad giant as its own separate business.

While Martin remains Hue & Cry’s biggest customer, enlisting it to design spots for clients such as Oreo and Tic Tac, Hierta said the separation frees up Hue & Cry to pursue additional business and be less reliant on Martin’s workflow.

“We wanted to both stabilize our business and grow beyond what we could get from them,” Hierta said. “I can’t predict or always determine when they’re going to have animation accounts, so the only natural next step for us was to completely sever ties, so that we wouldn’t have any conflict of interest working with other agencies.”

Because Martin was initially the studio’s sole source of work, Hierta said there was a perception that Hue & Cry was Martin’s in-house studio, even after it started adding its own clients and moved its office out of Martin’s Shockoe Slip headquarters two years ago.

“We thought just being in a different building and having a firewall between the offices would be enough, and it did allow us to get 25 percent of our revenue last year from other agencies,” Hierta said. “But we did notice that, in some cases, we were not the favored vendor or lost out on some work because the people were a little worried about the IPG connection.

“There was never any real issue, but when somebody has a decision to make about three vendors to use, and one of them is kind of connected to your competition, you hesitate,” he said. “We’re still going to maintain a good connection with Martin, but we realized that if we just buy the company away, it allows us to build our business better, perform better for Martin and also get a lot of new clients.” 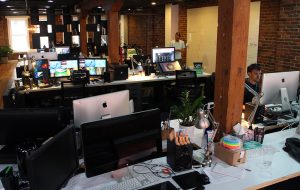 Hierta said the process involved forming an LLC that was used to purchase Hue & Cry and setting up payroll and healthcare. He said he, Green and McClintock went in on the business purchase together, taking out loans and reducing some of the cost through work exchanges with Martin.

In a release announcing the spinoff, Cavallo praised Hue & Cry’s work and said the agency looks forward to continuing their relationship.

Beyond Martin, Hue & Cry has worked with at least seven other agencies, including Richmond-based Barber Martin Agency, producing content for companies such as Capital One, Planet Fitness, Clorox, Cato Fashions and Connecticut Lottery.

The studio recently hired a marketing rep, New York-based BlahUSA, and Hierta said its 13-person staff is about to grow with the addition of Giao Roever, a former Martin project manager most recently with Arts & Letters Creative Co.

With her new role as part-owner after two-and-a-half years with the studio, Green was promoted this month from head of production to executive producer, replacing former EP Joe Montalbano, who left the studio last summer. McClintock, previously a freelance designer, signed on as a creative director last April.

Hierta, a Los Angeles transplant with a bachelor’s from Southern California Institute of Architecture, said he is aiming to grow the business both in staff, to about 20 employees, and in content, having added independent film projects to its workload.