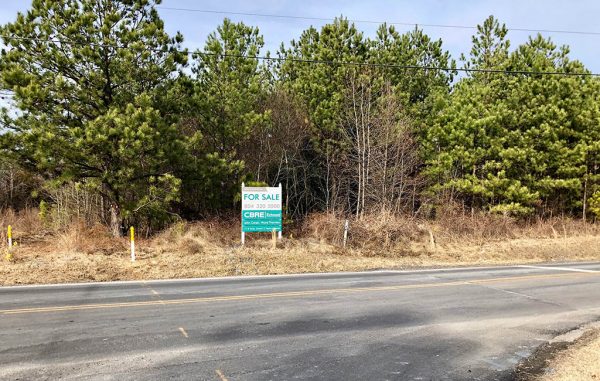 Another round of details on a large industrial project planned for Chesterfield County has bubbled to the surface.

An entity tied to soft drink giant PepsiCo has signed on to fill a new 220,000-square-foot distribution facility in the works at 1608 Willis Road by Hampton Roads-based real estate investment firm Armada Hoffler, according to a Feb. 23 SEC filing.

Armada Hoffler named Bottling Group LLC as the tenant for the property. Business listings and SEC filings show that entity is attached to PepsiCo as a manufacturer and distributor of Pepsi-Cola beverages across Virginia and the U.S.

Armada Hoffler also revealed that it closed on the purchase of the 177-acre Willis Road site, paying $2.5 million on Jan. 29. The developer will build the Pepsi bottling facility on 27 of those acres, with the goal of completing construction later this year.

The developer previously had identified its future tenant as a Fortune 50 company. County records provided no details related to the tenant – listing the development with the codename “Project River City.”

PepsiCo operates several distribution hubs across Virginia, including a long-standing facility on Mechanicsville Turnpike in Henrico County and locations in Petersburg and Newport News.

PepsiCo could not be reached for comment Thursday afternoon. Haddad also did not return a call for comment.

Haddad said in February that the user has opted to enter into a long-term lease agreement and that Armada Hoffler expects to sell the facility within the year.

The property is zoned for industrial use, meaning the project, which is being fast-tracked through the county’s development division, is not subject to a public hearing or final vote by the county’s board of supervisors. The property also can be expanded by 36,500 square feet, and includes a CSX rail spur north of the property.

The seller of the Willis Road site was Alstom Power Inc., according to county documents. Alstom was purchased in 2015 by General Electric, which operates a manufacturing facility next door to the property at 1200 Willis Road.

The site was listed by CBRE | Richmond for $2.5 million, according to a marketing brochure.

Once built after approval by the planning department, the PepsiCo project would be Armada Hoffler’s first foray into industrial development in metro Richmond. The company is known more for office, retail and multifamily properties.

Its Richmond-area holdings include the Dimmock Square and Southgate Square shopping centers in Colonial Heights, Bermuda Crossroads in Chester, and the Southshore Shops in Chesterfield County. The firm developed the Williams Mullen Center at 200 S. 10th St. downtown and sold it in January 2016 for $78 million.