V4 Development collaborated with VCPEA (Virginia Coalition for the Prevention of Elder Abuse) on a brand launch and website update.

RVA Video and Springstory are collaborating on social media strategy, marketing and email campaigns for Richmond Aesthetic Surgery. The firms have been providing PR and branding services for the plastic surgery practice and its Dermlounge med spa since last summer.

Lythos Studios is creating a marketing campaign for nonprofit Petersburg Preservation Task Force. The campaign, which results from a $50,000 grant from Virginia Tourism Corp., aims to bring tourists to Old Blandford Church and museums, shops and restaurants in Old Towne Petersburg. It will run April 1 through September and include a national pitch to tourists through the radio program “A Moment in Time with Dan Roberts.”

The Martin Agency launched a campaign for grocery chain Lidl called “Don’t Let Them Waste Your Money.” The series of multiplatform ads running in six states highlights Lidl’s low costs and introduces the Vanhills, a fictional family who own a large chain of supermarkets. The first TV spot, titled “Apple Pyramid,” will be followed by additional spots featuring the Vanhills in coming weeks.

Martin also launched a new campaign for Geico with a spot called “Karate.”

Burford Advertising is creating a marketing campaign for local nonprofit ChildSavers designed to increase awareness about its expanded mental health and child development services. Burford previously worked with ChildSavers in 2004 when it rebranded from Memorial Child Guidance Clinic.

Visual Appeal LLC worked with Virginia Higher Education Fund on a website redesign and finished a rebrand with logo and website update for Donna Kunde, a leadership coach in Colonial Heights. Visual Appeal principal Nickkol Lewis and Patrick McFadden of Indispensable Marketing were awarded a Partnership Trailblazer Award by the Metropolitan Business League at its 2018 awards reception. 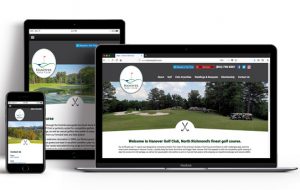 BigTree developed a new website for Piperbear, a Richmond-based interior design and property management company. The firm had worked with the company on a rebranding a few months earlier. 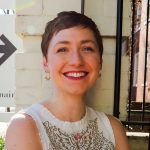 Ndp finished a TV campaign for CapCenter, a Richmond-based real estate and mortgage company. The series of four spots features a spokesman who delivers the company’s message that customers should not pay closing costs, using props that reinforce the company’s “The Power of Zero” slogan. The spots are airing on stations in Richmond and Hampton Roads.

Colab worked with local nonprofit SportsBackers to redesign the Dominion Energy Riverrock website for the 2018 festival. The site highlights ways in which visitors can interact with events and provides venue and travel information.