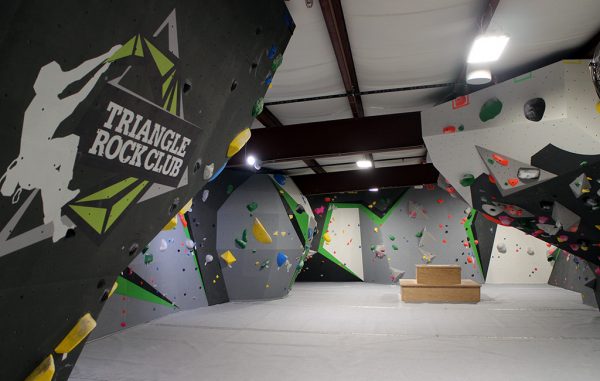 A climbing gym chain with roots in North Carolina is ready to take on the Richmond market.

Triangle Rock Club opened Friday at 4700 Thalbro St. in the former Richmond Athletic Club building. The new facility is the company’s first location outside North Carolina, where it has gyms in Raleigh, Fayetteville and Morrisville.

In addition to climbing walls of varying heights, the Henrico location features a yoga studio, weight room, lounge and spa area. Director Kayla Phillips said the spa area was left over after RAC vacated the space, and was cheaper to keep than gut out.

“It’s finishing up now,” Phillips said of the spa. “It’ll have a hot tub, steam room and dry sauna.”

She said there is more to come for the Richmond location. The company plans to add 6,000 square feet with roofs 45 feet high, adding a total of 15,000 square feet of climbing surface.

“We’d like to break ground this year and have phase two done in 2019,” Phillips said. 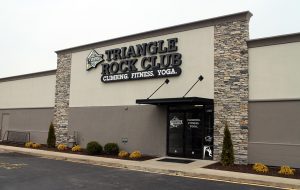 M.L. Bell and Perretz & Young Architects were the general contractor and architect on the project, respectively, and will continue as such for phase two.

The gym has about 25 staff, including climbing and yoga instructors. It offers day passes for $17 and memberships for $65 per month. Phillips said the gym plans to hold competitions in the future.

Triangle Rock Club is the first of two new rock gyms opening this year in Richmond.

Peak Experiences is nearing completion of its second location within the Sports Center of Richmond at 1385 Oberbrook Road, joining its original location in Midlothian.