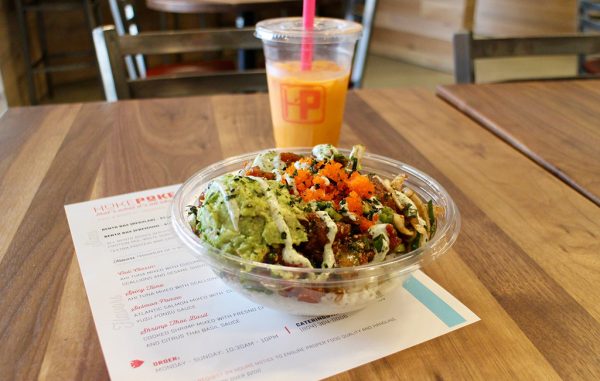 A California-based restaurant chain has rolled out its first East Coast digs in Short Pump.

The brand was launched about two years ago in Los Angeles by founder Daniel Acuna and has since grown to three West Coast locations.

Behind the Short Pump venue is Garrett Ramsey, a Richmond native and UVA alum who last year struck an agreement to invest an undisclosed amount to expand Hoke Poke to several cities on the East Coast.

The venture is a career change for Ramsey, who worked as a talent agent for entertainment acts throughout greater Los Angeles before visiting a Hoke Poke location and becoming hooked.

“It was such a great concept and so incredibly fresh that I found myself eating there a lot, and bringing people to the restaurant to try it out,” he said.

He eventually developed a close relationship with Acuna, who was ready to expand the restaurant’s brand across the country.

Rather than focusing on major cities like Atlanta, Miami, Philadelphia, New York or Baltimore, where competition of poke concepts has grown fierce, Ramsey said he’s targeting mid-sized metros. He’s starting with Richmond, where it appears poke is beginning to catch on. 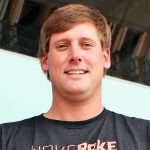 Charlottesville-based Poke Sushi Bowl is preparing to open its first metro Richmond location in the Downtown Short Pump retail center, and another in VCU territory downtown.

Patrons can choose either bamboo rice, white sushi rice or citrus kale as the base of the bowl, along with sauces that include yuzu ponzu, sesame shoyu, spicy aioli, citrus thai basil and mango yuzu kosho.

Dominion Construction Partners LLC completed the buildout of the restaurant’s 1,900-square-foot Short Pump space. Wellborn + Wright completed many of the tables and wood fixtures featured in the restaurant.

He said plans are to open nine stores throughout the Mid-Atlantic over the next two to three years, including one or two more deals in metro Richmond. The brand also is looking to expand its catering operations.

“We’ve looked at the Fan and the Southside, mainly Midlothian,” he said.