Arts & Letters Creative Co. was named lead agency for Google Chromebooks. The agency, which has been working with Google as its primary client since opening last fall, is tasked with handling all strategic and creative marketing duties for Google’s laptop business. Work will focus on enhancing the brand and integrating messaging across multiple platforms. 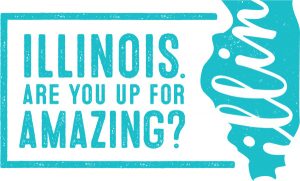 Spurrier Group is working with the Illinois Office of Tourism.

Spurrier Group was enlisted by New York-based J. Walter Thompson Worldwide to develop and manage a strategic media planning and buying campaign for the Illinois Office of Tourism during spring and summer 2018. Spurrier will handle media planning, buying, placement and analysis of ads in traditional, digital and social channels.

Green Fin Studio was awarded new work from the National Fish and Wildlife Foundation. The agency will provide communications support to Virginia-based nonprofits Potomac Conservancy and Friends of the Rappahannock. Work for the conservancy will include developing maps and communications and assisting with landowner meetings related to conservation easements. The agency will also coordinate a storm-water assessment of the Town of Urbanna and develop communication and marketing materials for Friends of the Rappahannock.

Yogg was hired by RainSweet, an Oregon-based frozen fruits and vegetables producer. Work will include brand strategy, collateral and a new website. Yogg was also retained by Housepitality Family Restaurants to develop brand positioning for its Boathouse and Casa Del Barco restaurants. 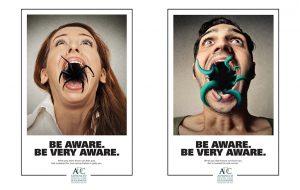 Ndp created posters for Advanced Dental Care of Richmond in conjunction with April as Oral Cancer Awareness Month. The posters, which encourage screenings for oral cancer, were displayed in the practice’s office and shared on social media.

Pinch Hit Partners was hired by Old World Auctions to manage the Innsbrook-based company’s Facebook advertising and worked with DigiConvo to produce a video and buyer’s guide supplement. Pinch Hit’s Matt Smith will lead fractional marketing for Hazzard Electrical in Ashland, with work to include a new brand identity, website and promotional activities.

Pinch Hit expanded to Orlando, Florida, with the addition of marketer Hillary Bressler. The 20-year tourism industry veteran will be based in Orlando and serve as Pinch Hit’s travel and hospitality marketing lead.

Main Street Station launched a new website and marketing campaign developed by Siddall Communications with research by SIR. The site, designed by Siddall and Torx Media, includes photos by local photographer Todd Wright and a three-minute video by Dreams Factory. The campaign, with the tagline “This changes everything,” includes radio, print and online advertising.

SIR added Ralph Cummins as chief strategy and marketing officer. He was previously an executive director with CapTech Ventures.

Colab created an intranet for The Hilb Group. The network was designed to communicate policies and procedures and provide internal tools for the local insurance agency’s workforce.